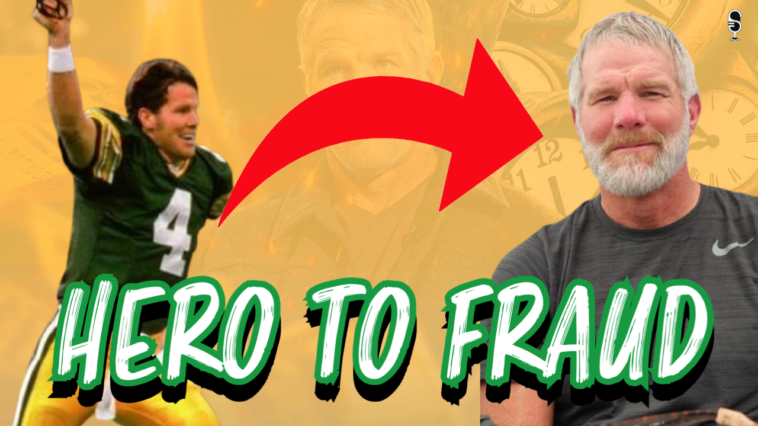 How is Brett Favre part of a $77 million dollar scandal that was for the poorest people in the state of Mississippi?

This story was broken by Anna Wolfe of Mississippi Today, and Ashton Pitman of the Mississippi Press. They did a large part of the reporting and discovery of this story.

He is 4th all-time in career passing yards, he’s defeated all 32 teams in the NFL, and has the record for most consecutive games started at 321 games. Which is roughly 20 years worth of games if we are just counting 16 game seasons. It was 297 games in the regular season and 24 postseason playoff games.

Throughout his career he earned about $140 millions dollars which is low in today’s numbers considering his successor Aaron Rodgers just signed a 3 year deal worth $150 million.

He was able to pull nearly $60 million is endorsement earnings though, with some major brands like Nike, Sear, Wrangler, MasterCard and many others.

He also owned Brett Favre’s Steakhouse and was a big time investor in Green Eagle CBD.

But then Favre got caught up in something BIG. $77 million worth of funding that was intended to go toward’s Mississippi’s poorest residents.

It’s one of the largest public corruption cases in Mississippi history… and here’s how it all breaks down.

In 2014, Favre invested $1M in biomedical startup, Prevacus, which claimed to have found a treatment for concussions.

Why did Favre get involved? He claims to have had thousands of concussions during his playing career.

It was 2018 and the Prevacus drug wasn’t any closer to reaching the market.

Favre needed a hail mary. So he decided to use his friendship with then Mississippi Governor Phil Bryant to push the project forward.

This is straight out of a movie…

“It’s 3rd and long and we need you to make it happen!” Favre texted Governor Bryant.

“I will open a hole,” replied Bryant, keeping the football metaphors alive.

Well…. That “hole” Bryant opened up, and secured Favre $2.1M in investments for Prevacus.

His daughter played on the team at the time.

And to top it off… The lawsuit also says Favre received $1.1M for himself — all via the welfare fund.

Favre has since repaid the $1.1M (which he received for some alleged speaking gigs that never happened).

He is also being asked to repay the $2.1M for the Prevacus investment.

And one more thing… The $5M for the volleyball court isn’t being contested in the lawsuit.

I’m not quite sure how it will help underrepresented Mississippi families, but it’s a nice facility, to say the least.

Either way Brett Favre is in an interesting situation. This may tarnish his reputation to many of his long time fans.

You hate to see prominent athletes get involved in shady business dealings.

It’s safe to say the $8 million that Brett Favre is involved in is only a small part of the $77 million dollars in fraud that the governor’s got involved in, but this is not how you want the Brett Favre story to be going after such a prominent career.