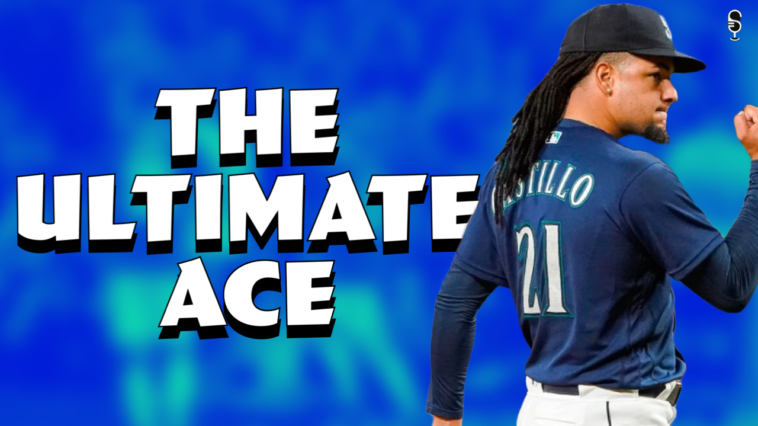 Today was the day of Luis.. Luis’ .. Plural. Luis Castillo pitched a gem for the Mariners as Luis Torrens has a legendary walk off in the 13th inning to win 1-0. Against the freaking New York Yankees. One of the best, if not the best, team in baseball.

Last Wednesday on August 3rd Luis Castillo made his Mariners debut with the Seattle Mariners at Yankees stadium and got the win, pitching 6.2 innings, with 5 hits and 3 earned runs, but overall a great quality start. Especially against a Yankees team that bats the way they do. The Mariners scored 6 early runs in the 1st against none other than Gerrit Cole. Somehow.

Then, his second start came tonight, on August 9th, this time in Seattle v. the Yankees again and he was STELLAR. This time Gerrit Cole was also stellar as the game was 0-0 when they both came out. Cole went 7 inning, only 4 hits, 8 strikeouts, no walks and no runs allowed. Yet, Castillo was even better. 8 total innings, 3 hits, 7 strikeouts, 2 walks, and no earned runs as well.

Both bullpens went nuts, especially the Mariners. Munoz, Seward, Festa and Brash took the 9th, 10th, 11th, 12th and 13th inning in shutout fashion! This game was insane. But at the end of the day the Mariners Bullpen was just a bit better, as Luis Torrens hits a walk off single with bases load in the bottom of the 13th for the Mariners to win. An absolute instant classic.

TORRENS WALK OFF FOR THE MARINERS IN THE 13TH!!!!! pic.twitter.com/IWZ1YsM1Y5

I have so much to say, but this is just one game. This Mariners team has grit.

Don’t forget to like and subscribe if you love Seattle Sports, here at the Sports ON Tap Seattle we are Seattle fans filling the fans.

But to the point of this all, it’s Luis Castillo. The man is what the Mariners have been missing since King Felix Hernandez. A true ace. Adding Castillo to the rotation give us three pretty impressive studs now along with Logan Gilbert and Robbie Ray.

This is what you need to not only make the playoffs, but win in the playoffs. Someone who can go 8 inning against the best batters in baseball, the New York Yankees. Someone who wants the spotlight. Then, you send out Gilbert and Ray, on back-to back-to-back day. That’s beautiful baseball if you ask me.

While the Mariners could’ve added some bats during the deadline, this was just as big. The Mariners will get back Julio Rodriguez this week, and hopefully some young backs get to work and the Mariners have a solid playoff baseball team.

Luis Castillo is what the Mariners needed, they got him, and he’s already a legend in Seattle. What a night.

I’m Sami Jarjour, you can find my YouTube in the description and as always, thanks for stopping by!