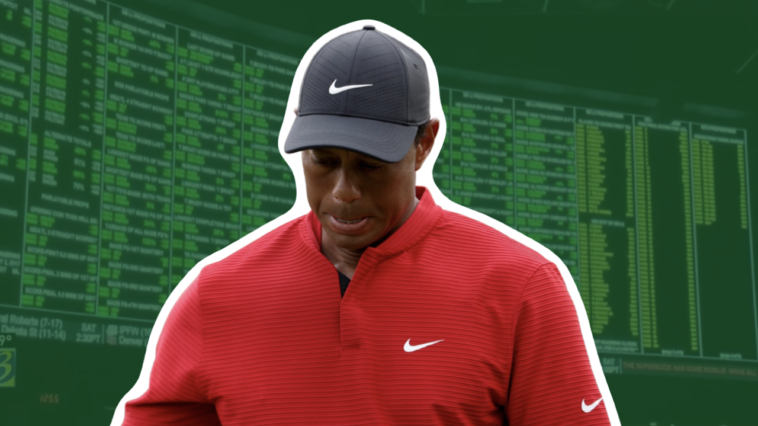 Rock chalk, folks. Kansas are your NCAA men’s national champions and South Carolina won the women’s tournament later last week. I, for one, am exhausted after betting a First to 15 in nearly every game of both tournaments so I’ll be taking a well deserved rest from the action. Gambling and crypto news? They never take a break. Let’s jump in.

Tough break for some fine Georgia peaches out there looking to sprinkle some action on the Masters. SB 142, a bill that would have legalized 18 online sportsbooks in the great state of Georgia, was not called in session on Monday, meaning that the matter would not go up for a vote in front of the 2022 Georgia legislature. Georgians won’t get another crack at legalization until September 2023 but until then, they can always drive across the border into Florida like my man Calvin Ridley.

Some of the biggest names in mobile sports betting have been battered through the first 3 months of the year. Take a look at the chart below for how some of the blue chips have fared:

Heavyweights such as DraftKings ($DKNG) and FanDuel ($PDYPF) are way off their highs while some of the more established, brick-and-more style resorts have hung on a little better. The sell off in the hospitality/gaming industries can largely be attributed to the US Federal Reserve raising rates 25 bps in March and maintaining a rather hawkish outlook heading into their May meeting. Most notably, Lael Brainard, whom is awaiting vice chair confirmation, rattled investors yesterday by abandoning her previous dovish perspective and adopting a hawkish tone regarding aggressive quantitative tightening in the back half of 2022. Tech and consumer discretionary equities generally benefit in a low rate environment.

#3  – United Kingdom Unveils Ambitions To “Lead The Way” in Crypto, Plans To Mint Their Own NFT

Jolly old England, which hasn’t been a global leader in anything since the discovery of electricity, has announced plans to become a “world leader” in the crypto industry. Finance Minister Rishi Sunak has requested that the Royal Mint issue its own NFT sometime this summer. Other ambitions of the British include integrating stablecoins for electronic payments, exploring new tax treatment of DeFi stake yields, and considering the legal status of decentralized autonomous organizations (DAOs). This announcement pairs with a recent executive order signed by President Biden encouraging regulators to get up to speed with cryptocurrency adoption. Readers will also take note that if even a backwater nation such as the UK (which has a lower GDP capita than Mississippi) can move to adopt crypto, than truly any sovereign nation can as well.