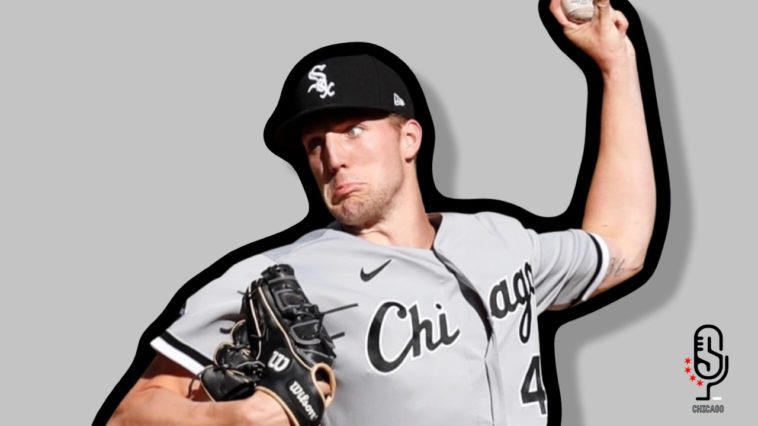 Well, after an ominous exit from last night’s game by Garrett Crochet, the good news of this morning couldn’t last forever.  While getting AJ Pollock for Craig Kimbrel is a huge trade (and great value) for the White Sox, the loss of Garrett Crochet is certainly a blow to the suddenly not quite so super bullpen.

Rick Hahn certainly didn’t seem to be too thrilled to be discussing the Crochet injury.  Of course, this makes total sense since any sane GM would likely rather talk about trading their $16M setup man (and his entire salary) for a 3 fWAR right fielder or avoiding arbitration with their ace starting pitcher over potential Tommy John Surgery on their electric young reliever, but here we are.

The Impact of Losing Garrett Crochet

Based on the caliber of players in it, the bullpen should still be extremely good in 2022 for the White Sox.  Yes, this injury hurts the 2022 team, but even with Crochet (and Kimbrel) gone, almost any team in the sport would trade their top 4 relievers for Liam Hendriks, Aaron Bummer, Kendall Graveman, and Joe Kelly.  That’s basically the point behind investing so much into the bullpen.

The biggest impact of losing Crochet to the 2022 team will be losing a high leverage left-handed option, something the bullpen is notably dry on after Aaron Bummer.  Having plenty of objectively good relievers can help overcome that, but time will tell how that plays out.

On the statistical side, the Sox are losing a top-flight reliever nonetheless.  While he may have lost the absurd 102 mph fastball of 2020 in 2021, Garrett Crochet was nothing short of incredible in 2021.

Especially given the fact he was drafted in 2020, never played a day in the minors, and had never had anything close to a 162 game season.

That 1.3 fWAR year placed him at 14th in the AL for relievers with at least 50 innings, and the 10.77 K/9 and 2.82 ERA placed him in the top 20 in the AL.  His aversion to giving up home runs (0.33 per 9) seems unsustainably low, but was the 3rd best in the AL among relievers in 2021.  All of this is to say, Crochet developed into one hell of a relief pitcher in his age 22 season, one year removed from pitching in Knoxville.

Even without the Aroldis Chapman level velocity, he was able to utilize the stuff he could muster into missing bats and barrels at an elite level.  Plus, a drop to 96.7 mph on the fastball is one hell of a “down” year in velocity.

While the Tommy John Surgery is still up in the air until a second opinion comes back, how this impacts the White Sox plans for Crochet is anyone’s guess.  TJS has gotten to the point where it likely won’t impact his long-term potential or stuff.

But, it would likely put him out for all of 2022 and possibly part of 2023, taking away fully healthy age 23 and 24 seasons.  He wouldn’t be old by any stretch (Michael Kopech had two years off and is now entering the rotation at 25 years old, for reference), that does put a dent into time that could’ve been spent developing into a starter.

Perhaps the White Sox would take the route of starting that transition in the wake of this injury, utilizing the rehab time to fully move him into a starting role, but that seems unlikely.  The more likely course of action seems to be keeping him in the bullpen, at least to go the swing-man route.

In any event, at this point we know Garrett Crochet can be a top-level reliever, something that is extremely valuable.  What ultimately hurts with his injury (like Eloy and Luis Robert before him), is losing an electric young player for a period of time.  While a long term injury could potentially be avoided, here’s hoping for a speedy recovery to Garrett Crochet.

Now on to some happier news!  As the team announced, Lucas Giolito has agreed to a $7.45M contract for 2022 with the White Sox, avoiding arbitration.

The #WhiteSox have agreed to terms on a one-year, $7.45-million contract with right-handed pitcher Lucas Giolito for the 2022 season, avoiding arbitration.

The only reaction I have to this news is thank God that’s over.  The back and forth between Giolito and the team was an ugly look, especially given the small amount of money that was dividing them.  For a team that’s worth billions and sporting a top 5 payroll with plenty of room to spare before getting into luxury tax territory, taking your ace to arbitration over a $50k difference is borderline insane.

While I get arbitration is a part of the business, having a frustrated Lucas Giolito is something this franchise needs to avoid.  I have my doubts about their willingness to give him what he wants in free agency, but at least this shows the two sides can come to some sort of agreement.

Lucas Giolito called the White Sox beat back over because he wanted to reiterate that Rick Hahn and Jeremy Haber “worked their asses off” to get things resolved.

Said after everything the relationship with him and the team is in a great place: “There’s a lot of love there”

Arbitration is an ugly process, which is certainly the reason the Sox have avoided it for most of this millennium.  While the long term implications will certainly come into play at some point, after the Crochet news I’m just kicking this can down the road and am ready to watch Giolito deal on the South Side in 2022.

11 strikeouts in 8.0 IP. Lucas Giolito was on a mission today! pic.twitter.com/xnpy8hvCl7