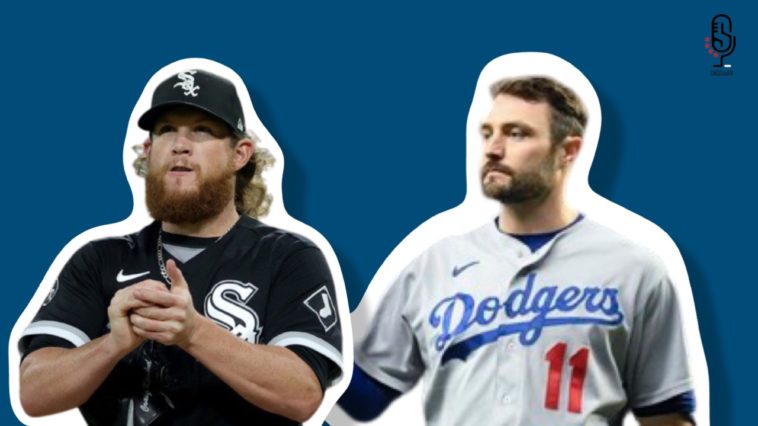 The confusing and frustrating White Sox career of Craig Kimbrel has finally come to an end after the Sox announced that they were sending Kimbrel to the Dodgers in exchange for OF AJ Pollock.

Reliever Craig Kimbrel has been traded to the Los Angeles Dodgers for outfielder A.J. Pollock, sources tell ESPN. @Feinsand was on it.

Craig Kimbrel came to the Sox before the trade deadline last year in exchange for Nick Madrigal and Codi Heuer.  At the time of the trade Craig Kimbrel boasted an almost unbelievable 0.00 ERA in the 9th inning in the first half of the year with the Cubs.  At the time, the trade seemed like a reasonable price to pay to the Northsiders to try and solidify the three headed monster of the White Sox bullpen and prepare for a deep playoff run.  Unfortunately, second half Kimbrel was not the same as the first, and the White Sox lost in the first round to the eventual World Series runner-up Astros.

The #Astros are teeing off on Craig Kimbrel. Kyle Tucker lifts a two-run homer and it's 9-4 Houston.pic.twitter.com/xrmdYqT6p3

After such a rocky 2021 season, the trade value for Kimbrel did not seem to be much higher than the floor.  Rick Hahn pulled off a deal that seems to make sense for both sides and produced more value out of the legendary closer than White Sox fans ever thought possible.  The Dodgers get to add another big name to their stacked bullpen, and the White Sox fill a need they have had all offseason.

AJ Pollock in the last two seasons with the Dodgers has an .888 OPS and a 135 OPS+.  He hits right-handed pitchers well which is a skill the White Sox lineup needed.  He won a Gold Glove with the Diamondbacks in 2015 and his glove is above average still as well.  In 2021 he hit 21 homers and drove in 69 runs and the projections for 2022 have him staying in that same range.

This home run pimp job by AJ Pollock was ??? #Dodgers

The concern with Pollock has always been injuries.  And now that he is 34 years old, those concerns will continue to increase.  Due to the outfield depth the White Sox have, Pollock should be able to get all the rest and recovery time he needs to hold off any injuries that require him to miss major time or miss any postseason games.  With Adam Engel, Andrew Vaughn, Gavin Sheets, and Leury Garcia all available to sub into his position, there is more than enough for Tony La Russa to play around with to get AJ the rest he needs.

Overall, this seems like a great trade for the White Sox considering the low value Kimbrel had.  An above average right-handed bat to fill the hole in RF, and plenty of depth behind to ensure he can get the rest he needs.  Rick Hahn did it again.