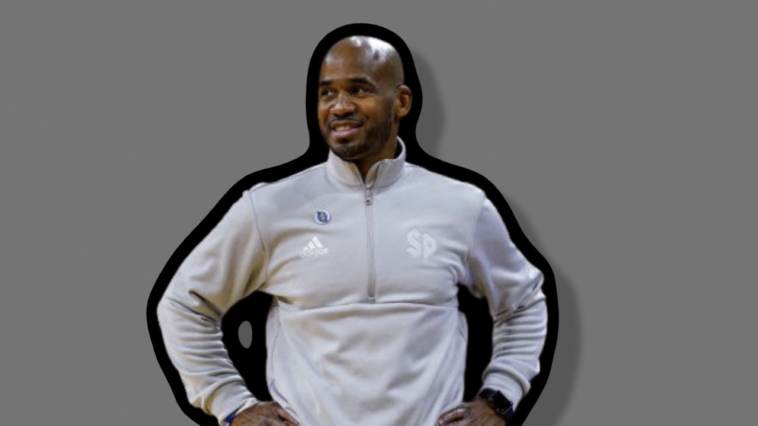 What a damn day it is for Seton Hall basketball. The Pirates bring home one of the program’s great players, Shaheen Holloway. Who also happens to be one of the hottest names on the coaching market following 15-seed Saint Peter’s historic NCAA Tournament run this month. Holloway replaces Kevin Willard who he was an assistant under at Seton Hall before he took over the Saint Peter’s job and now Willard has gone to Maryland.

This is the definition of a home run hire. I know folks love to say that when it comes to coaching and now, especially transfers, but there is no better fit than Shaheen Holloway and Seton Hall. Just because there is a great fit doesn’t mean it will work, many programs have brought home former stars and the tenure has not gone well. Here are a few reasons to be optimistic and a few reasons to pump the brakes.

The struggles that Saint Peter’s men’s basketball and the athletic department as a whole have faced have been well documented over the last few weeks. Winning there is not something that is easy to do and Holloway turned around the Peacocks in just 4 seasons going from 10-22 in Year 1 to 22-12 in Year 4 and an Elite Eight run to boot. There’s a saying just across the river from the campus of Saint Peter’s that if you can make it there, you can make it anywhere. Time will tell if Holloway can replicate his success at Seton Hall, but the early signs are pointing in the right direction.

Kevin Willard deserves a ton of credit for what he did at Seton Hall. It is an incredibly tough job in one of the best conferences in America and he brought the Pirates back from the depths.

I give my thoughts on Kevin Willard to Maryland and his tenure at Seton Hall starting at 53:35, thanks to @RealBrianFox for letting me hog the mic https://t.co/EpHsMIkVR1

But Willard didn’t do it alone. Much has been made of the recruitment of Isaiah Whitehead by Willard, but when you dig deeper into the roster you can see that a lot of the stars from those Seton Hall teams were Holloway recruits. Recruiting, however, is just one piece of the puzzle. As shown by his Saint Peter’s team he can really develop guards too and thrived at The Hall doing so with under-the-radar types and underrecruited guys. Expect a lot more of the same now that he is the head man.

Holloway is well respected in Jersey

One of the biggest problems Seton Hall has had is the inability to keep top New Jersey talent home. The Hall had a horrible relationship with local programs and coaches under Bobby Gonzalez, Willard did a lot to try and mend fences and even he couldn’t completely get over the hump. Enter Holloway, a beloved figure in the NY/NJ basketball scene, well-respected by just about everyone and he can start to mend those remaining damaged fences and build a pipeline. Does this mean fans should expect 4 and 5-star guys to be committing to Seton Hall? Probably not. But the door is now open like it hasn’t been in a long, long time to keep some of that talent home. Holloway has a type of player that he likes, he knows what that is and that’s how and why he has had success already as a head coach. Will he continue to rely on those unheralded guys and develop them into stars? Or will he go after higher caliber, higher-rated talent right off the bat?

One NCAA Tournament run does not mean success

I’m beyond excited about Sha, but one reason to pump the brakes is that this one NCAA run with Saint Peter’s doesn’t mean he is guaranteed success at Seton Hall. As the cliche goes, nothing is guaranteed except…you can fill in the blanks. Additionally, my fear is that the pressure and expectations will be waaay too high from a fanbase desperate for any type of March success. My advice is to get excited, stay excited, and give Holloway time to do his job. Kevin Willard was given a longer leash than many fans and alumni wanted, and look how that worked out.

I love the hire. Obviously. I am a Seton Hall alumnus, it is amazing to see The Hall bring home a former great player and now hot coaching name. It is also awesome to see a local guy get the gig. Nothing against Willard, but he was an outsider. As am I. But in a different way. He never really embraced Seton Hall and the community, whereas I didn’t have a choice and am damn glad it worked that way. Willard had a job to do, he knew it and he did it well. The stage is set for Shaheen to take us to the next level. Somewhere we haven’t been in 30+ years. He knows what it takes to win and, more importantly, he knows what it takes to win here. I have never seen excitement about Seton Hall basketball like this and it is an incredible time to be a fan, alumnus, or just around the program. Hazard Zet Foward.