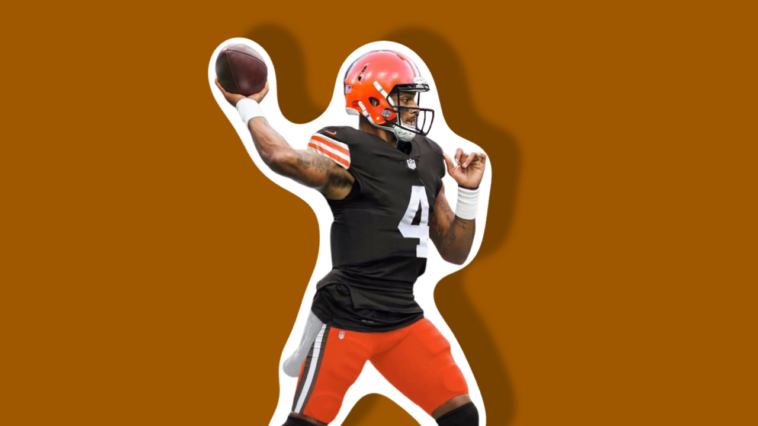 Well, we all thought Deshaun Watson said he would not be going to the Cleveland Browns, but apparently that didn’t stop them from continuing to pursue him… and they won. They got Deshaun Watson, but gave up a pretty massive package, including cash.

Browns and Texans still are finalizing official trade compensation for Deshaun Watson, but it is expected to include three first-round picks, a third-round pick and potentially a fifth-round pick.

The Browns get their QB. Just wow. pic.twitter.com/RxEHlOZ1cI

According to his social media, Deshaun Watson himself seems to be very happy he got to pick his team and head to the Cleveland Browns.

Every dollar of Deshaun Watson’s new five-year, $230 million deal is guaranteed, per sources, setting a new record for the highest guarantee given to an NFL player. Browns are giving Deshaun Watson a new deal, per sources. The $184M over the first four years of this contract is a $48M raise over the $136M he was scheduled to make over the same four years on the previous contract – a $12M a-year raise in that span.
The former Texans quarterback hasn’t been on the field since the 2020 season as he’s been at the center of a legal battle surrounding 22 civil suits accusing him of sexual misconduct. He received some clarity to his legal situation last week when a Harris County, Texas grand jury did not find enough evidence to charge him on nine criminal counts.