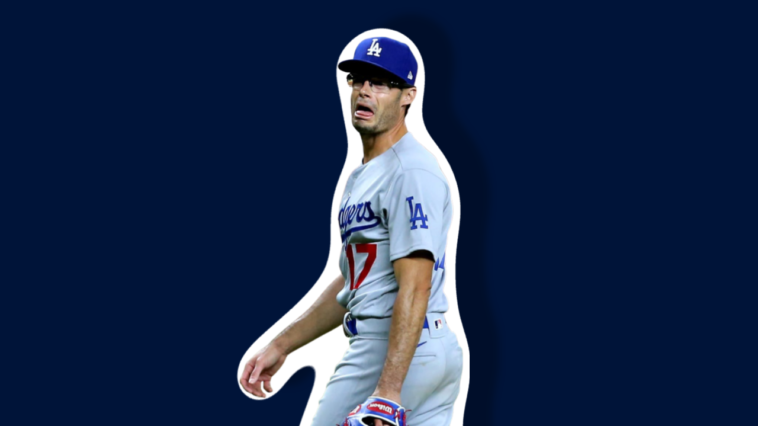 While it may not have been the big post-lockout splash that fans wanted, the White Sox got to work quickly with the new CBA agreed to.  With a couple of Saturday evening specials, the White Sox have bolstered their already strong bullpen by signing Joe Kelly to a two year, $17MM contract, and addressed second base with a one year pact with Josh Harrison.

High-powered reliever Joe Kelly has agreed to a 2-year contract with the Chicago #WhiteSox. The deal will be final when he completes a physical.

Josh Harrison is in agreement with the White Sox on a 1-year deal with club option for 2023, per @Ken_Rosenthal pic.twitter.com/6xzeicUQ4l

While not the sexiest moves, they at least got the ball rolling and leave the White Sox better than they were entering the weekend.  Each affects the team in different ways, but have moved the team in the right direction.

Joe Kelly Continues to Build Out the Super Bullpen

It seems that everyone is concerned about the White Sox pitching depth, and for good reason.  With not much in the way of starters behind Giolito, Lynn, Cease, Kopech (on an innings limit) and Keuchel (after a rough 2021), the Sox needed to find ways to build out the pitching staff.  One potential comeback option that never seemed likely is also gone, with Carlos Rodon headed to San Francisco,

The trouble is trying to sign a legitimate starter to play a long relief/AAA role, or taking from the major league roster to build in a trade.

However, one other way to help the starting pitching depth is to have a deep and dominant bullpen.  As I wrote a while back, keeping Craig Kimbrel would give the White Sox one of the best bullpens in the sport on paper.

By doing that, you’re shortening the game for your rotation.  27 outs are 27 outs, regardless of who gets them.  With starters coming off a mix of rough campaigns, innings limits, and a general rush to the season from an abbreviated Spring Training, a deep bullpen can carry more than a typical bullpen burden.

Signing Joe Kelly only continues that philosophy, and if Kimbrel is kept, Kelly is about your 5th best reliever.  That, my friends, is a great problem to have.

There’s really nothing to dislike on this signing, unless you’re maybe a little concerned with the recent injury history in late 2021.  On the field, Joe Kelly has a proven track record of getting gues out, and had been lights out the last two seasons in LA.

This surge coincides with his shift to basically become a curveball-sinker focused pitcher, pairing a 97th percentile velocity on his fastball with a 93rd percentile spin rate on his curve.

These pitches playoff each other well, with close to mirrored spin profiles on them.

For a deeper dive on what this means I’ll defer to Mike Petriello, but as a spark notes: having opposite spin profiles on the fastball and curveball means it’s harder for the batter to differentiate.  Yeah, science!

The Dodgers pitching infrastructure has treated him well, and that shouldn’t change now that he’s in Chicago.  Overall, Joe Kelly is a power arm with good stuff, has a proven track record in the playoffs, and has a bit of fight to him (understatement, I know).

No concerns here, this is an excellent get for the White Sox to keep playing from a strength.

I held out hope when the offseason opened that the Sox had a big play in the works for second, be it Marcus Semien, Trevor Story, or someone of that like.  When the Cesar Hernandez option was declined, it seemed like something was planned.

Here we are though, and the White Sox have replaced Hernandez with Josh Harrison, arguably the top free agent second base option remaining.

Remaining is the operative word there, as the class at the keystone wasn’t exactly a strong one this offseason.  While Josh Harrison is a 2x All Star, he’s a long ways away from the glory days of 2014 and 2017.

He’s never been a masher at the plate, but at his best he’s been able to offer a batting average-driven, aggressive offensive profile without a ton of strikeouts.  Not great power, but in the nine spot that’s not what you need here.  In recent years, he’s been floating at just above league average (via wRC+).

He doesn’t hit the ball overly hard, but puts the ball in play and makes frequent contact.  Sound like another second baseman, anyone?

Overall, I like this signing.  He’s not the sexiest pick at second, but in an overall strong lineup, having a guy with an over 100 wRC+ the last two years isn’t a bad option.  If the White Sox can pull off a Conforto/Castellanos level get in right, then having Harrison as the weak link is pretty damn good.

On the minus side, my main concerns are basically trading in a better defensive player with switch hitting ability in Cesar Hernandez for virtually the same contract in Harrison, but either way this doesn’t have a huge impact in terms of overall quality.

Most importantly, though, is how this move impacts the lineup around him.  Leury Garcia, back on a three year deal, can focus on what led to the best year of his career in 2021: being a super utility player that can fill in seven positions on the field.

As a team with injury concerns at several positions based on the recent past, having a basically league average player to plug in wherever is huge.  Going from a star-caliber players like Moncada, Anderson, or Eloy to a random, below replacement AAAA type for a week or two would hurt.  Having Leury ready to go wherever he is needed is a true strength of the bench.

Free-agent pitcher Vince Velasquez in agreement with the Chicago White Sox, pending physical, according to sources familiar with the situation.

Yeah, I’m not gonna dive much into this until we get closer to the season and truly know his role for Opening Day, and whether rosters are sitting at 26 or are expanded.

It’s a depth move, which is great, but really can’t be judged until we know where in the pecking order that depth comes in.  He’s made Pitching Ninja a few times though, so that’s cool.