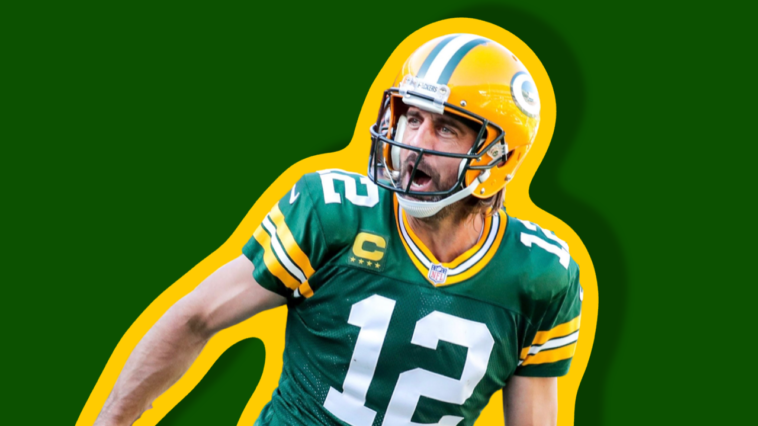 After weeks of waiting, the NFL finally got their answer on if, or where, Aaron Rodgers will play next year. The reigning MVP made his decision to keep playing football, and in fact, stay with the Green Bay Packers. The early morning reports were that Aaron Rodgers signed the largest contract in NFL history at 4 years, $200 million, with $158 million in guaranteed money. Hence, the might comment in the title of this page.

The #Packers and MVP QB Aaron Rodgers have agreed to terms on a 4-year, $200M deal that makes him the highest paid player in NFL history, sources say. He gets a whopping $153M guaranteed and his cap number goes down. A monstrous commitment by GB for years to come. ? ? ?

The initial reports might not be correct though, in terms of dollars. Even though most people in the NFL world said it was in fact the numbers they went with and tried to save money on the cap.Aaron Rodgers confirmed it all himself, it might be at those numbers we all said, but he is in fact returning to the Packers.

Hey everyone, just wanted to clear some things up; YES I will be playing with the @packers next year, however, reports about me signing a contract are inaccurate, as are the supposed terms of the contract I “signed”. I’m very excited to be back ?? #year18??

On top of it all, it was a busy news day as Russell Wilson got traded to the Denver Broncos… Still the Packers had time to sneak in a franchise tag on Devante Adams to keep him with Rodgers for at least another year.

The full deal:#Broncos get: Russell Wilson and a fourth-rounder.#Seahawks get: 2 first-rounders and 2 second-rounders, a fifth-rounder, Drew Lock, Shelby Harris and Noah Fant.