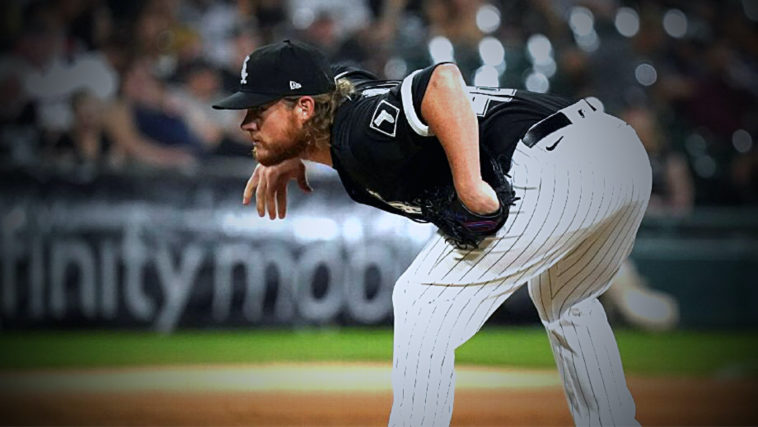 While the baseball world stands still with the MLB-imposed deadline to end the lockout and keep a March 31 Opening Day, now’s the time to overanalyze every little part of an organization, from minor league deals down to 17 years old prospects.  For me with the White Sox though, one thing I haven’t been able to get out of my head is the whole Craig Kimbrel situation.

After acquiring Kimbrel in a now somewhat maligned trade for Nick Madrigal and Codi Heuer at the deadline, the Sox bullpen seemed to be destined for greatness.  As it went with the early playoff exit and Kimbrel’s noted struggles during his Sox tenure, it wasn’t meant to be in 2021.

While his performance left a lot to be desired post-trade, there were several extenuating factors.  Whether it was the first full season for him since 2018, two rough performances against the Cubs, declining velocity, lack of ability to get swings on the curve, it just didn’t work in 2021.

But, there were still plenty of moments where Kimbrel looked like his old, sub 0.50 ERA North Side self on the South Side.

Even looking at his numbers, there was still plenty of positives that could indicate a bounce-back in 2022.  The point of this post isn’t to do a full analytical deep dive into why one of the best closers in modern history is, in fact, good at pitching, but even a cursory glance gives you enough hope.

Yes, the 5.09 ERA wasn’t great, but there’s plenty else here.  Kimbrel still struck out over 14 per 9 with the Sox, had some worse BABIP luck than he had in the past, and his HR/FB ratio exploded.  He walked more guys, but it wasn’t nearly as much as he did back in the dark days of 2018-19.

Getting more granular, if you take out the two games against his former teammates on the North Side, Kimbrel’s ERA drops to 2.95, thanks to 6 ER in 1.2 IP against the Cubs.  Take that however you want, whether it’s that a sub 3 ERA is good or that ERA isn’t an effective stat to evaluate relief pitchers who have inherently small sample sizes (enter Nick Anton’s shutdown percentage plug).

The fact remains, Kimbrel wasn’t awful in 2021.  Disappointing, sure, but that first half prior to the trade was about as high a bar as you can set.  He wasn’t dominant, but he’s still a good pitcher.

But, the bad taste for many fans remains and the Kimbrel trade talks have been a logical focal point of the offseason to get value elsewhere for a team with a crowded bullpen and not much to show for a minor league system.

Kimbrel is a trade candidate. White Sox have 2 star closers and Liam Hendriks is entrenched there. https://t.co/akpeP3OyVD

While a lot of the focus has been on trading Kimbrel for something, be it a similarly bad contract, some Hail Mary prospect, or basically just salary relief, I’ve kept coming back to this thought – why don’t the White Sox just keep him in 2022?

Now, this comes with a caveat: if the $16M or so that Kimbrel is due actually prevents the White Sox from signing a legitimate RF of the Castellanos or Conforto caliber, then by all means it’s time to trade him for anything.  If that is not the case though, in my opinion it makes little baseball sense to let the guy go.

One of the main storylines we’ve heard this offseason is how the White Sox need more starting pitching depth, with Carlos Rodon likely gone, Dylan Cease still in that “will he or won’t he become a front-line starter” phase, Dallas Keuchel’s 2021 struggles and postseason roster exclusion, Michael Kopech’s likely innings limit, a lack of depth…you name it.

While that could mean the Sox go out and get another top 3 in the rotation starter, to me there’s an easier solution available: load up on the bullpen in 2022, play from an extreme strength.  A crowded bullpen doesn’t have to be a problem – with the talent the White Sox have there, it’s most definitely a strength.

If Kimbrel wants to pitch the 9th?  Fine, put him in the 9th and let Liam Hendriks close games where Kimbrel isn’t available, or have him fireman situations that are high leverage early in the games. Hendriks said as much himself that he will pitch whenever helps the team the most.

"I hold no ego. I don't care. Go get the best guy. All I wanna do is win a ring." pic.twitter.com/q5pSGSfV6i

For the record, I don’t buy the story that one of the most dominant closers in baseball history doesn’t have the mental fortitude to pitch in a situation that isn’t a 1-3 run lead in the 9th or later, but it’s out there.

I’ve long been of the belief that your best pitcher shouldn’t be pigeon-holed into one specific scenario, and this would give Hendriks the chance to provide the most value.  Two innings here, a do or die 7th inning appearance there, voila.

Outside of the back two, the Sox bullpen is already near the top of the league, on paper.  We saw how it worked last year, but with all the small sample size weirdness that bullpens have inherently, you have to roll with talent.  The White Sox have Aaron Bummer, Garrett Crochet (unless he starts), newly acquired Kendall Graveman, and more, which easily can go toe to toe with anyone in baseball.  If money isn’t an issue, go out and bring back Ryan Tepera too.  Why not?

I may not be a pitching expert, but the name of the game in baseball is to get to 27 outs with more runs than the other team.  Sure, it’d be nice to have a Dodgers-esque rotation with 5 passable guys in the minors, but the reality is we don’t have that.  And what back of the rotation arm that is better than an internal option is going to sign here to pitch in Charlotte for half the season?

Back to the 27 out theory, it really doesn’t matter who gets them.  A tired bullpen is a concern, but when you have a stable of 5 high quality arms, including the best relief pitcher in the AL, one of the best ground-ball artists in baseball, a young arm throwing high 90’s (if not 102 anymore), AND one of the best closers in history?  That, my friends, gives you options.

In 2022, there should be no egos.  Give Kimbrel his share of the 9th, and let’s see what happens.