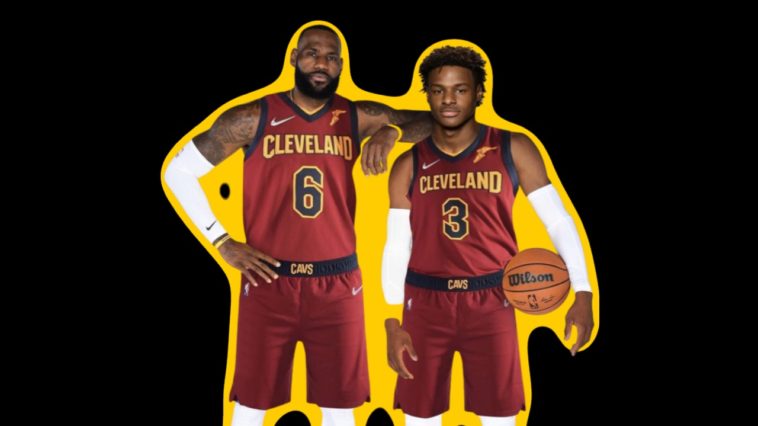 LeBron James is not closing the door on a potential return to the Cleveland Cavaliers. Playing in his 18th All-Star Game, taking place in Cleveland, James wouldn’t rule out any option as he enters free agency after next season.

“The door’s not closed on that,” James told The Athletic’s Jason Lloyd. “I don’t know what my future holds.”

During the all-star weekend he also said the Cleveland Cavaliers had 3 all-stars in Darius Garland, Jarrett Allen and himself, LeBron James.

James didn’t hide away from answering questions about the Lakers season. During his All-Star Game media availability, James called the Lakers campaign a “hell-storm of a season.” The Lakers have a 27-31 record, sitting ninth in the western conference.

LeBron says he also wants to end his career where ever Bronny, his son, plays… So let’s see if Cleveland is where that ends up being… I wouldn’t be shocked…