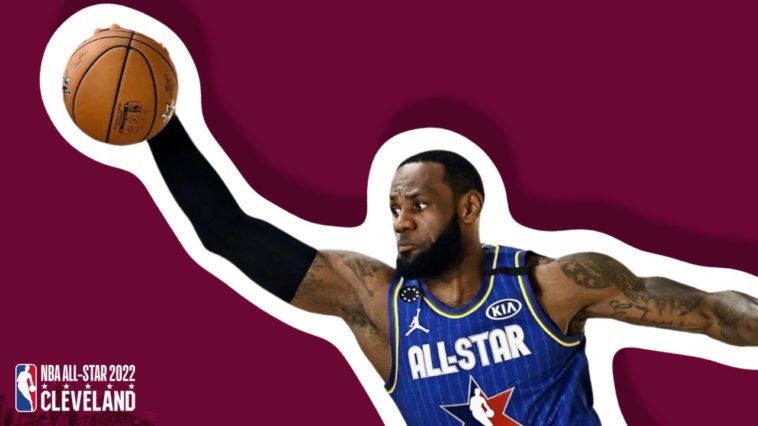 NBA All-Star weekend in Cleveland is officially here. The 2022 All-Star weekend, as always, is filled with events starting on Friday and going through Sunday night when the main All-Star game is. We know it is a lot to keep up with, so we got you covered so you will know whats happening, what time, and where to watch this coming weekend:

How it works: In a new format, 28 players – comprising 12 rookies, 12 sophomores and four members of the NBA G League Ignite developmental squad; see roster above – were drafted onto four teams to compete in three games. Per the NBA, each game will be played to a Final Target Score, ending with a made basket or free throw instead of with the clock running out. It will be a “Race to 75” to celebrate the league’s 75th anniversary season — Games 1 and 2 will be played until a team reaches 50 points; Game 3 will be played until a team reaches 25 points.

How it works: Three teams — the Antetokounmpo brothers, the Cavaliers and rookies — will compete in a new format that features a four-round competition that tests shooting, passing and dribbling ability. Per the NBA, each of the three teams will compete in the first three rounds of the Taco Bell Skills Challenge. The two teams with the most “Challenge Points” after the first three rounds will advance to the Final Round.  Challenge Points are earned by winning each of the first three rounds. Round one is team shooting, round two is team passing, round three is team relay and the final round is half-court shots.

How it works: The 3-point contest will feature the same format as it has in the past. Per the NBA, each competitor will have 70 seconds (1:10) to shoot as many of the 27 balls as he can, with a maximum possible score of 40 points in a single round.  The three competitors with the highest scores in the first round will advance to the championship round.  The player with the highest score in the championship round will win the MTN DEW 3-Point Contest.

How it works: Team LeBron and Team Durant will go head-to-head to determine the winner of the 2022 NBA All-Star game. For the third straight season, the NBA will utilize the ‘Elam Ending’ for the annual exhibition, which means that the game will end when a team hits a target score, as opposed to when the clock ticks down to zero. The target score is typically determined by adding a fixed number to the leading team’s total after three quarters of action. Whichever team hits that score first wins the game, regardless of how long it takes.