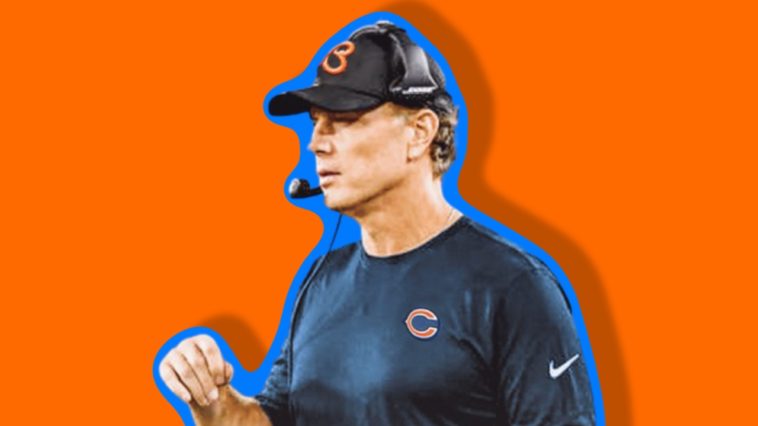 The ink isn’t quite dry on the contract but it appears that the Bears brand new GM Ryan Poles has made his decision for the team’s new head coach. After interviewing with several candidates 1-on-1, Ryan Poles and the Bears have named Matt Eberflus, former defensive coordinator of the Indianapolis Colts, as the new head coach.

Originally from Toledo, Eberflus played linebacker at the University of Toledo (including a year under Nick Saban, just sayin’). Following graduation, he coached for 9 years at Toledo, moving up student assistant all the way to defensive backs coach. Following Toledo, Eberflus enjoyed success as DC for Mizzou, where the Tigers boasted several of the Big 12’s top defenses.

Matt Eberflus then made the jump to the NFL as linebackers coach for the Cleveland Browns in 2009. Readers will recall that those were some tough years for the Browns but he coached under the powerful minds of Eric Mangini and Rob Ryan. Eberflus would then coach linebackers for Dallas, developing several Pro Bowlers, notably DeMarcus Ware, Anthony Spencer, and Jaylon Smith. Eberflus’s move to the Indianapolis Colts was an unconventional one, as Josh McDaniels was set to be the Colts’ new head coach and wanted Eberflus as his DC. McDaniels withdrew but Eberflus remained on as defensive coordinator following the hiring of Frank Reich as head coach later in 2017.

A solid defensive background, that’s for sure, but what does this mean for the Bears? Chicago is known for top-tier defenses, even during the Matt Nagy era but the team has consistently struggled to find answers on offense. Based on his background, Eberflus may not have those answers either. Life and death are now hanging in the balance for who will ultimately be named offensive coordinator. With an up and coming Justin Fields desperately needing professional development, there should be no shortage of eligible suitors so we as fans now have no choice but to trust the new and improved Matt & Ryan (Poles) to lead us to the promised land.