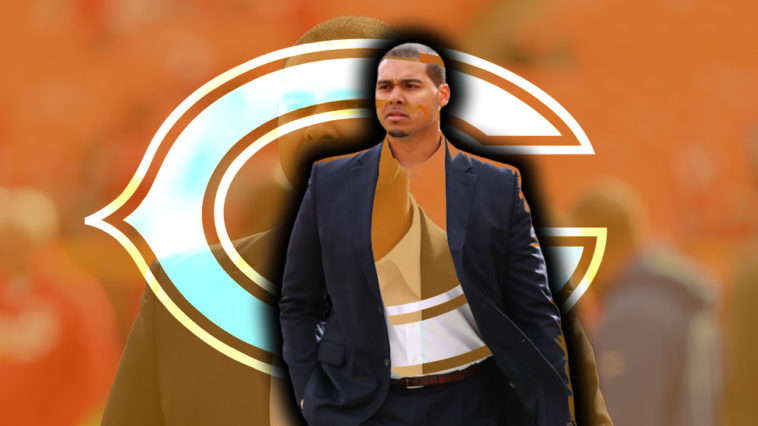 The news has officially broken: Ryan Poles, former executive director of player personnel of the Kansas City Chiefs, has been named as the new general manager of the Chicago Bears. Early this morning, in the frigid air of Lake Forest, Poles proved he’s ready to Bear Down

Also, RIP the poor intern that had to film this in the cold ? ? #DaBears #BearDown pic.twitter.com/8VMU6U1est

Already he’s proving to be a great culture fit and not just because he climbed out of his car at 6:00 AM like millions of other Chicagoans, but because he made his hiring by George McCaskey conditional that he be able to interview coaches by himself and to totally own all the decisions as GM. As George McCaskey had previously alluded to, he’s not a “football guy”, just a fan so on paper, it seems like Ryan Poles will have more latitude to make decisions. Couple that with the reorganization within the Chicago Bears which has the GM report directly to the Chairman (read: George McCaskey) instead of the President (Ted Phillips), it sure seems like any new GM will have greater ability to make decisions

But who exactly is Ryan Poles? Should I be buying the hype? Is he Ryan Pace 2.0?

Let’s run through Poles’ resume real quick. Originally an offensive lineman from Boston College, Poles was indeed a Chicago Bear, when he was signed as undrafted free agent in 2008. Unfortunately, he did not make the 53-man roster that year and shortly thereafter found himself working for the Kansas City Chiefs’ organization at the tender age of 24. Starting out as a player personnel assistant, he rose through the ranks of the Chiefs’ and made meaningful impacts all along the way. Most noticeably, in this blogger’s opinion, was how he was Director of College Scouting in 2017, which as anyone who’s seen the Bears in primetime over the past 4 years knows is the year where Ryan Pace traded up for Mitch Trubisky and passed up Patrick Mahomes.

Another extremely noteworthy accolade for Poles is that the 5 starting offensive linemen for the Chiefs going into the AFC Championship game all are new additions since the start of the season, meaning that Poles played a significant role in rebuilding the entire offensive line in 1 offseason. If he recreates even a fraction of his previous success, the Bears will be light years ahead of the Pace-Nagy years.

In all fairness, while Poles is a very good hire, there are some caveats to be issued here. Firstly, he hasn’t done anything yet so we need to keep the horse firmly in front of the cart. Secondly, he doesn’t have any experience at GM; he’s brand new to this level of responsibility. I have no reason to believe that he won’t be able to rise to the occasion but GM Brett Veach was the one in the driver’s seat in KC. Lastly, and perhaps most importantly, he has not named any considerations for head coach (at the time of this writing). Thus far, he’s interviewed with a handful of the Bears’ selection committees choices, namely Dan Quinn, Matt Eberflus, and Jim Caldwell. Those 3 names each deserve their own blog, and God willing I won’t have to write one about any of them if Ryan Poles comes to his senses, but the head coaching decision Poles will need to make is all that matters right now.

Truthfully, I was very pleasantly surprised by this hiring. I fully anticipated a disaster by McCaskey and Co. but I have no complaints with Ryan Poles. But he’s only half of the equation. We’re all on DEFCON 5 awaiting the announcement of head coach so keep up to date on all developments on twitter by following us @SONTChicago