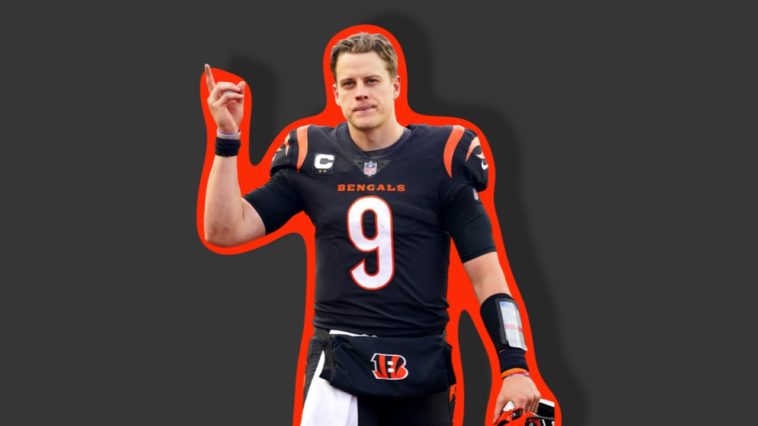 The divisional weekend in the NFL playoffs may have been the greatest weekend in NFL playoff history. All 4 games ended in walk-offs and we had dramatic moments that sparked each game. On the latest episode of Pod That, George & Sami Jarjour talked each game and gave it a Rotten Tomatoes like ranking. Here are the rankings for divisional playoff weekend (just like Rotten Tomatoes the score will be a percentage out of 100):

Download/Subscribe At Your Favorite Podcasting Platform

The Titans entered the playoff as one of the most underwhelming number 1 seeds in recent memory. The game was filled was played close and ended with the Bengals beating the Titans and giving Joe Burrow a chance to make the Super Bowl in his 2nd year as a starter.

Joe Burrow says Evan McPherson came up and said "looks like we're going to the AFC Championship Game" right before he went out to kick the 52-yard game-winner.

Talk about having confidence.

Could this be the end for Aaron Rodgers either in Green Bay or the NFL? It seems very possible and this off-season will begin with a ton of questions for the Packers. The 49ers despite not doing much offensively produced a punt block return touchdown and scored on a walkoff FG to win the game.

The only thing Aaron Rodgers hates more than science is playing against the 49ers. pic.twitter.com/uEXtLAr2Dy

Another quarterback that could call it quits after this season? Tom Brady. It’s yet to be decided if we watched the last ever game for Tom Brady but what we do know his he almost pulled off the 2nd most improbable playoff comeback of his career. The Buccaneers erased a 27-3 Rams lead but Matt Stafford was able to find Cooper Kupp at the end of the game to avoid a huge playoff loss.

The ? and Tom Brady pic.twitter.com/rqYtnfP1in

This was one of the most welled played games in NFL playoff history. The game was only 26-21 with just over 7 minutes to go. Then points began to pile. The game as we all probably know 42-36 in OT and it sparked yet another conversation about changing NFL playoff OT rules.

Bills vs. Chiefs was the most-watched NFL Divisional Playoff game in 5 years averaging 42.73 million viewers and peaking at 51.69 million ?