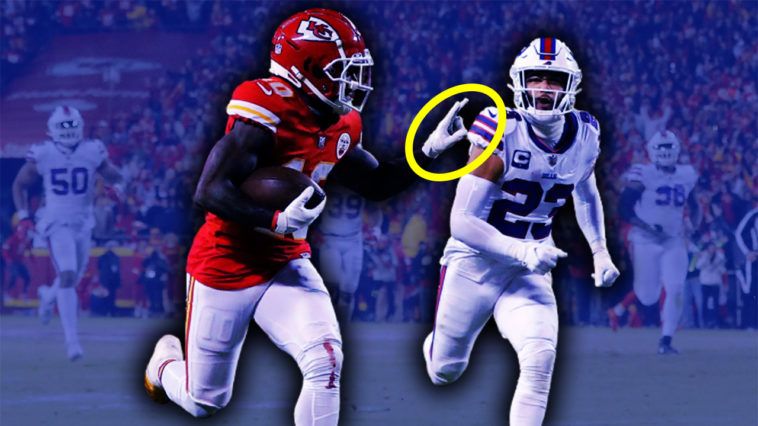 We may not have had the single best game ever this weekend, but let’s all get this straight… This was the best NFL Sunday Playoffs weekend in the history of the sport. Three games ending on game-winning, clock expiring field goals, and of course the Chiefs v. Bills ending in multiple scores in the last 3-4 minutes, including an overtime touchdown win by the Chiefs. For me, this was the best weekend in the history of the NFL. The drama was unbelievable.

Arguably, the Titans were the worst 1 seed we have ever seen, BUT they got back their superstar in Derrick Henry… Well that was fun, but overall what a let down by Tennessee. Going against Joe Burrow and the Bengals who have no history of winning games, they lose their one and only game of the playoffs, at home, to a 2nd year quarterback….

& of course, one of many game winners from this weekend.

EVAN MCPHERSON WINS IT FOR THE BENGALS ? ?

Underdog weekend was in full force as the 49ers took down Aaron Rodgers and the Packers. Let’s keep it real, a lot of people love seeing Aaron Rodgers take loses. He complains about coaches, complains about vaccines, and everyone seems to find him pretty annoying. Somehow they take the L at home to the 49ers who were the 6th seed in this NFL Playoffs.

While this game also ended in a crazy blocked punt touchdown and field goal, I must say the best thing I saw the entire game was Trent Williams do this:

Trent Williams has been embarrassing his opponents when firing out from a three-point stance. Now Kyle has him in going in motion to be a lead block? Good luck to the player who’s on the receiving end of those. ? ? #49ers pic.twitter.com/Kg275Evq40

Underdog weekend was again in full force going into Sunday morning as Matt Stafford, and the Rams were kicking Tom Brady’s ass. Destroying him, not even a game… BUT WAIT ITS TOM BRADY, so of course they came back and tied the game with a sequence of insane events. Unfortunately for Tom Brady, the defense forgot to cover the best WR in the NFL in Cooper Kupp, and the Rams pulled out the win.

Josh Allen & Patrick Mahomes. Thank you. Thats all. Thank you for the best game I have ever enjoyed in the playoffs that isn’t involving my Seahawks. No team deserved to lose. No one deserved to go home. This game would have been insane with proper overtime rules.

Chiefs vs Bills if the NFL had proper overtime rules… pic.twitter.com/EvWMSK8OgQ

The win probability chart from Chiefs-Bills is just wild.

Look at the end of the game ?? pic.twitter.com/rxKR60HmiH