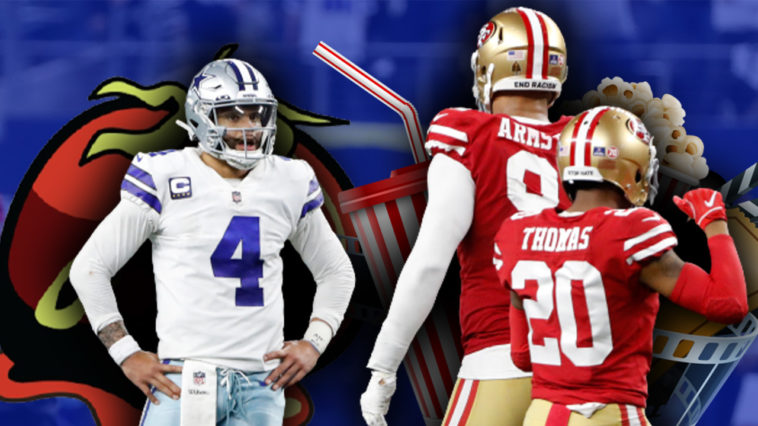 Super wildcard weekend for the most part ended up with a little drama, a ton of blowouts, but some interesting storylines. The first ever Super Wild Card weekend left many fans wondering if the 7th playoff team was necessary as both 7th seeds were involved in blowouts. On the latest episode of Pod That, George & Sami Jarjour talked each game and gave it a Rotten Tomatoes like ranking. Here are the rankings for Super Wild Card Weekend (just like Rotten Tomatoes the score will be a percentage out of 100):

Download/Subscribe At Your Favorite Podcasting Platform

The Bengals and Raiders provided some drama and some high quality football. Two teams actually played a good (shocking in this round) and two quarterbacks played in their first ever NFL playoff game. Plus the Bengals got their first playoff win since 1991.

This game was just a blowout. Plain and simple. The setting was beautiful in Buffalo but that was all that made this game watchable.

Another straight dud. Could not be more plain and simple than that. A game that basically left you wishing you didn’t waste your time.

Easily the most memorable game of the weekend. But it wasn’t quite played well. The game was relatively low on action until the end of the game and even the last few minutes took so long. The only thing that saved this game was the drama and the decision making at the end of the game by the Dallas Cowboys.

Dak Prescott now has the same playoff record that Tony Romo had through his first 6 seasons of being the starting QB for the Cowboys. pic.twitter.com/ds9vkCnaiX

At least there were some big names here and historic franchises. But another blowout in the NFL playoffs which left fans wanting more.

At least this was the first ever Monday Night Football game. That means something at least. And SOFI stadium just looks awesome on TV.

? And our 2nd edition of Who’s the Asshole