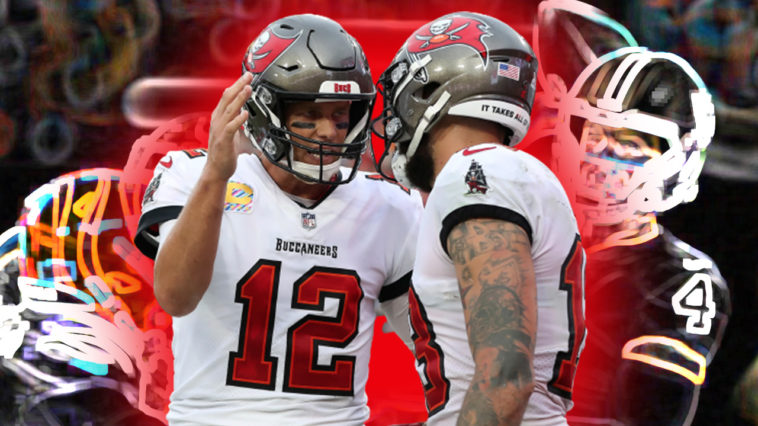 Being a high level team in the National Football League usually means you have a high level quarterback. It goes hand and hand. Sure, sometimes teams get lucky and they end up having a mid-level or even bad quarterback and somehow they find success. But 99% of the time that’s not the base. Teams are willing to do ANYTHING to find that next high-level quarterback that can be the backbone of their team for years to come. So on Pod That we decided to take a look at the absolute worst quarterbacks and the absolute best quarterbacks in the league on a week to week basis and decide who are the Three Stooges of NFL Quarterbacks and Three Kings of the NFL Quarterbacks. So after week 18 of the NFL season here are our Three Stooges and Three Kings for total of the NFL season we put on our podcast:

Week 18 finally saw a game for Trevor Lawerence to remember. But, that performance alone wasn’t enough to save him from making the three stooges list for the end of the regular season. This doesn’t mean Lawerence isn’t going to be a future stud but it was a rookie year to forget. Sorry Trevor Lawerence, your a stooge!

Daniel Jones and the Giants were a dumpster fire on offense this year. It looks like the Giants have already fired Joe Judge and Daniel Jones future is up in the air. Sorry Daniel Jones, you are a stooge!

Sam Darnold reclamation project did not work. It seems like a QB with a ton of promise entering his career is just plain no good. Sorry Sam Darnold, you are a stooge!

Aaron Rodgers is most likely going to win the MVP this season. And that’s whether or not some writers find him to be a jerk. All hail to the king, Aaron Rodgers!

Tom Brady arguably is having his 2nd best statistical season of his career. And at the age of 45, that’s plain crazy. All hail to the king, Tom Brady!

Joe Burrow narrowly beats out Patrick Mahomes. Burrow led the Bengals to the playoffs and looks to get the Bengals their first playoff win since 1991. All hail to the king, Joe Burrow!