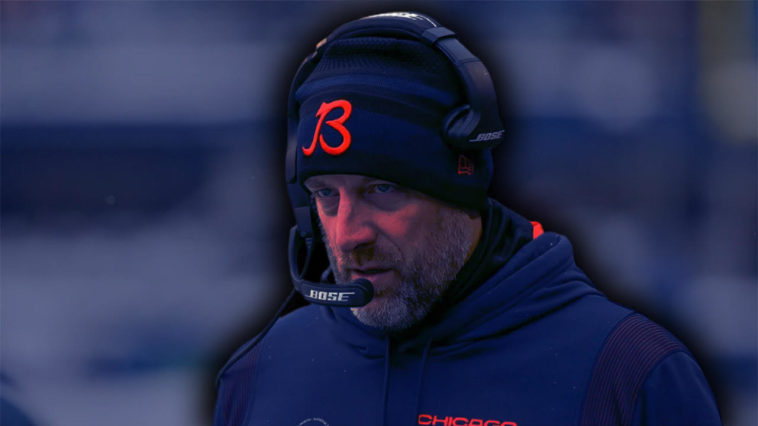 It appears that the rumors are true, Matt Nagy’s time as head coach of the Chicago Bears is coming to an end. The McCaskey family was not willing to break with tradition and fire a head coach mid season but the grapevine is reporting that Nagy will be relieved of duty following the week 18 game against the Vikings in Minnesota. It’s not even realistic to say that opinions were mixed on Nagy’s tenure as head coach, seeing as every man, woman, and child in the greater Chicagoland area wanted him gone, but the hunt for a replacement may prove to be a much more difficult decision. There’s the question that deserves an answer: who will replace Matt Nagy?

As of this writing on Jan 3, 2022, there still is 1 week left in the regular season, meaning that the major year-end coaching reshuffling for the most part has not occurred. That being said, let’s take an optimistic look at a few coaches that could turn things around for the Bears quickly.

Sean Payton x Chicago Bears swap made by myself likes and RTs are appreciated ? pic.twitter.com/t8TPr7ZDxe

The photoshop crowd hasn’t wasted a second in drooling over Sean Payton. Currently head coach of the New Orleans Saints, Payton has struggled mightily following the retirement of Drew Brees. The Saints have not had a reliable starter at QB, shuffling between Taysom Hill, Jameis Winston, and Trevor Siemian, all 3 of whom are a far cry from the talent he had with Brees under center. While Sean Payton may not have had a competent QB, what he DID have was an outstanding run game and an elite tier defense, which coincidentally are arguably the Bears’ 2 biggest strengths. Of course, as of right now, the Bears have not officially begun their search for a new coach and there’s many, many question marks surronding personnel, both on the field and in the front office (couch, Ryan Pace, cough) but where things stand now, the Bears boast a top 10 rushing offense and top 5 defense. With both of those factors in play, Sean Payton would not be sacrificing much in the short term but would also gain the unique opportunity to develop Justin Fields into a serious talent. Fields hasn’t had much development here in 2021 but is a tremendous athlete with an extremely promising future ahead of him. Additionally, there’s veteran QBs on the roster as well, which may add Payton in his journey to develop Fields. Ultimately, Sean Payton knows how to win playoff games, revels in strong defense and rushing attacks, and he’s a former Bear himself. On paper, Sean Payton at head coach would be the ideal. He’s also the right personality to lead the move to Arlington Heights (fingers crossed)

Much like Sean Payton, Mike Tomlin is a guy who no longer has a star QB, maintains stellar defenses, and isn’t afraid to establish the run game. Big Ben is likely done at the end of this season and there’s no clear replacement for him waiting in the wings. The Steelers will have a middle of the pack first round pick, likely meaning that they’ll miss most of the QB talent in the 2022 draft by then. Barring some sort of speculative “project” QB, Tomlin will be left totally in the lurch without an answer QB. Of course, the Steelers could always trade for someone but were he to take over as head coach in Chicago, he’d quickly find an equivalent if not improved defense and ground game, with a highly athletic and talented QB with Justin Fields. Talk about plug and play. On the other hand, Tomlin has stated publically that he’s happy in Pittsburgh and would need a big pay day to make a move. We’ll see if the McCaskey’s decide to open the purse strings for Tomlin.

It’s kind of an open secret that Kellen Moore is the one calling the shots in Dallas, with Mike McCarthy largely relegated to lesser duties like clock management (a job he’s handling poorly, I might add). Moore has quickly established himself as a wunderkind as the Cowboy’s offensive coordinator and has helped propel the Cowboys to winning the NFC East and establishing a high-powered passing attack. He’s young, energetic, and well respected despite his short tenure in a coaching position. The major sticking point with Moore, however, is that he’s only worked with proven QBs, namely Dak Prescott. I definitely think Kellen Moore would represent a dramatic shift in what the role of head coach is supposed to be by ownership, and I hope to God they’re ready to make that shift after a decade of pure shit following the firing of Lovie Smith. The risks here are that Moore may quickly find himself in over his head, which is probably realistic, but is no different than the past 4 years of Matt Nagy. Even if he is overwhelmerd, Kellen Moore would still have an excellent defense and proven ground game to lean on if he were in a jam. And I can’t not mention the fact that Moore would be a great, enthusiastic hire to help with a relocation to Arlington Heights as well.

Matt Nagy’s days in Chicago are done but the hard part is only just beginning. Every Bears fan out there should be asking themselves daily, who will replace Matt Nagy?