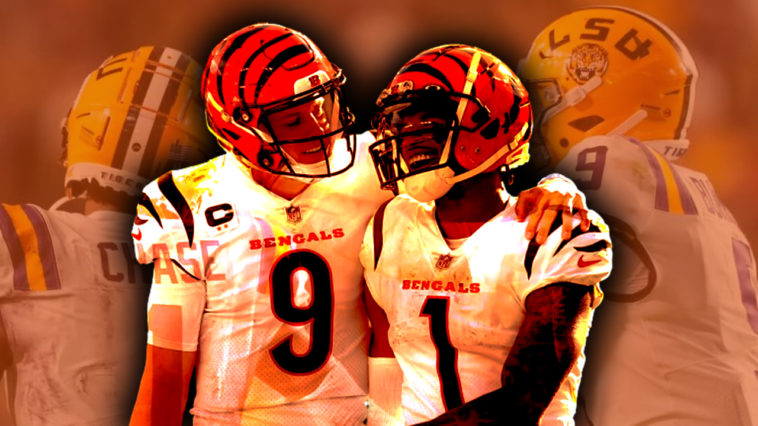 Week 17 NFL Sunday is officially in the books. The end of NFL Sunday is always bitter sweet. In a interesting way, I can literally watch 11293 hours straight of NFL football. But alas, week 17 is in the books and we have few more Sundays to go. Here are the 3 biggest story lines from week 17 NFL Sunday and to get a full recap of all the games listen to the Just Talk Podcast. For more NFL podcasts as well, visit our Sports On Tap Podcast page.

The Most Dynamic Duo

Joe Burrow and Ja’Marr Chase are the most dynamic duo of receiver and quarterback I have seen at this young age in my whole life. And this is not hyperbole. This could become the next Jerry Rice and Joe Montana. To put things in perspective Ja’Marr Chase had more receiving yards than Patrick Mahomes had passing yards.

Antonio Brown had the moment of the century so far. I have never seen a player take off his clothes mid-game, throw them in the stands, run into the tunnel and call it a game. But he did not stop there, he went ahead and caught an Uber after the game, and dropped a rap song. We thought Mike Tyson was crazy well Antonio Brown has outdone Mike Tyson.

What the hell is Antonio Brown doing?! pic.twitter.com/gdgSfrk0W4

Derek Carr is not going to win the MVP but there has to be some sort of award named after him carrying a team that has had so much turmoil. The Raiders win on Sunday and they are in the playoffs. Plain and simple.

insane play from Derek Carr to save the Raiders' playoff hopes