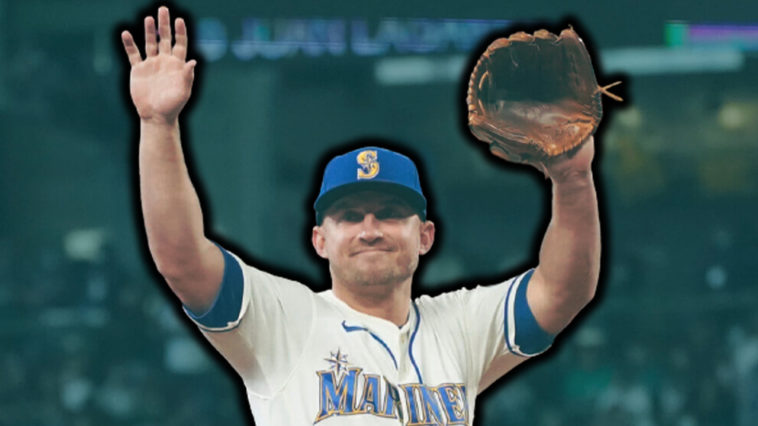 It’s not everyday you expect one of the pillars of your baseball organization to retire. And the weird part he’s only 34 years old. Seattle Mariners third baseman Kyler Seager announced his retirement from Major League Baseball. It was very unexpected. We knew as Mariner fans that Seager was not expected to be back this upcoming season to the Mariners. But not quite sure if anyone expected Kyle Seager to retire. But alas, he has. And he announced with a simple Twitter post from his wife Julie who posted it. We talked Kyle Seager (& the Seahawks) on our latest Sports ON Tap Seattle Podcast with George & Sami Jarjour:

A note from my husband. pic.twitter.com/Zl5peB3vR2

Look there’s not much to really say here about Kyle Seager other than he was the definition of class in the Seattle Mariners organization. It’s safe to say Seager probably would have not retired if the Mariners had chosen to bring him back for another season. But instead he showed loyalty to a franchise and a city that frankly did not show loyalty back the last few seasons. The rumors are Jerry Dipoto the GM did not speak a word to Kyle in last two seasons with the Mariners, and if that’s true it’s definitely a somber farewell. But instead of joining a contender and chasing a ring, Seager has chosen the route for his kids and family. He has his roots down in Seattle and doesn’t want to change that. The only shame in Kyle’s career is that he never got to the playoffs, but not to a fault of his own. I am sure Seager will end up in the Mariners Hall of Fame when it’s all said and done and we can debate if he’s a top 10 player in Mariners history. But in an era that was mostly left to be forgotten in Mariners baseball, Seager and Felix Hernandez are the two we won’t forget. Happy Retirement Kyle Seager.

Kyle Seager, a Seattle Mariners legend, has retired from baseball.