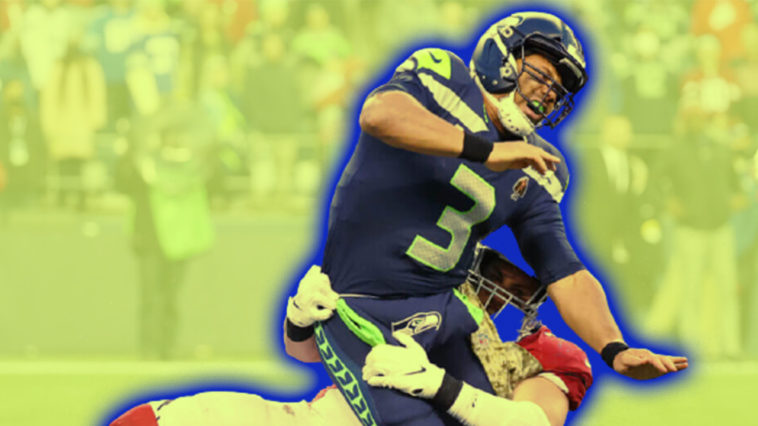 Maybe the first half of the Seattle Seahawks v. Houston Texans was a little closer than we wanted, but the Seahawks did what they were suppose to do, which is get back on a roll again. They ended up winning 33-13, with good offensive line play, running back play, defense, and of course QB play.

Now, let’s start with this, many people will say this is cause its was the Texans, I don’t know how many more times I could read on Twitter “relax, its the Texans.” Yes, we get it, it’s the Texans, but it’s also the NFL, its also a big win when the Seahawks realistically need to go on a 6-game winning streak to make a playoff run, so I will take. Let’s not sleep on the fact that this is NFL football. George & Sami of the Sports ON Tap Seattle podcast discussed:

Now, obviously the Seahawks haven’t had a normal season this year, Russell Wilson was out for a few games for the first time in his life (literally). Plus, now we lost Jamal Adams for the rest of the year, and many believe this is an end of an era.

Well, it might be, if things don’t end in a good way this year, we have 4 games left, and a lot can change with Russell Wilson or even a Pete Carroll if things don’t end well. But, I just want to see this work out. Imagine, even if we don’t make the playoffs, but we win 6 straight to end the year end up 9-8. The Seahawks currently hold the longest winning seasons streak in the NFL over the Kansas City Chiefs and there would be nothing sweeter than to continue that excellence.

The Los Angeles Rams coming on Sunday is a tough test, but I truly think the Seahawks feel this do-or-die moment and will set up to the challenge. The beauty of it all, if you win this game, next up is the Chicago Bears and Detroit Lions. Those are wins if you end up beating the Rams, you will be 8-8 with one left…. the Arizona Cardinals. The Cardinals could be clinched and not have starters out there.

Now all this is hope and dreams, but this is truly realistic, I am doing my best to be happy, optimistic and see where this thing can go for the Seahawks!

If you love the Seahawks. You better believe they winning 4 in a row to make the playoffs. Just believe. It’ll happen.

What Good Came From Week 14:

The biggest feel-good story came from Seahawks former 1st round pick running-back, Rashaad Penny. 16 carries, ending up with 137 yards, and 2 touchdowns. Rashaad Penny’s 137 yards rushing is the most by a Seahawks running back in a regular season game since Thomas Rawls racked up 209 yards against the 49ers in 2015.

Tyler Lockett continues to my god at wide receiver, here he goes again!

Tyler Locket = top 5 best receiver in the NFL that no one wants to admit outside of Seattle. pic.twitter.com/DVePKyJbzR