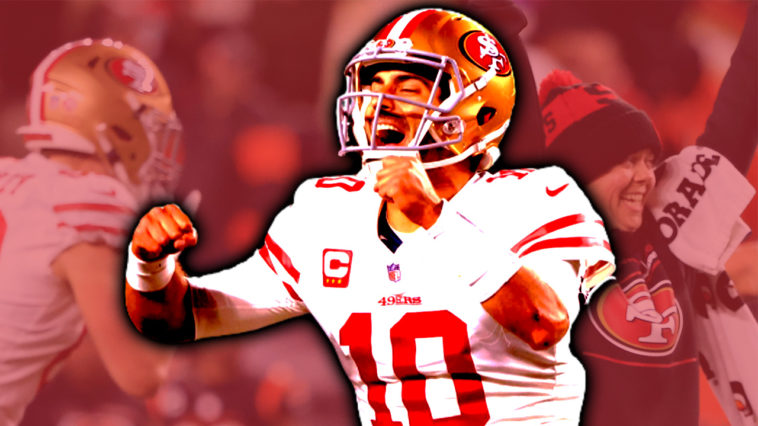 Week 14 NFL Sunday is officially in the books. The end of NFL Sunday is always bitter sweet. In a interesting way, I can literally watch 11293 hours straight of NFL football. But alas, week 14 is in the books and we have few more Sundays to go. Here are the 3 biggest story lines from week 14 NFL Sunday and to get a full recap of all the games listen to the Just Talk Podcast. For more NFL podcasts as well, visit our Sports On Tap Podcast page.

The 49ers Are For Real

The San Francisco 49ers are starting to show that they are going to be legit contenders come playoff time. As soon as Deebo Samuel returned the team showed who they were. Jimmy G is having arguably a better season then their NFC Championship season and the 49ers seem like the darkhorse wild card team that can make a run to the Super Bowl.

Jimmy Garoppolo had to throw 41 times and the 49ers won

With Sunday night’s performance, Aaron Rodgers now has acquired an even greater share of the Chicago Bears, per sources.

The Buccaneers Are Ascending

The Tampa Bay Buccaneers are starting to look like they did at the end of last season where they got hot at the end of the season. The Buccaneers have a cupcake remaining schedule and are still in play for the number 1 overall seed in the NFC.

There aren't going to be any records left when @TomBrady is done playing. @Buccaneers | #GoBucs pic.twitter.com/FX7NrYONL1