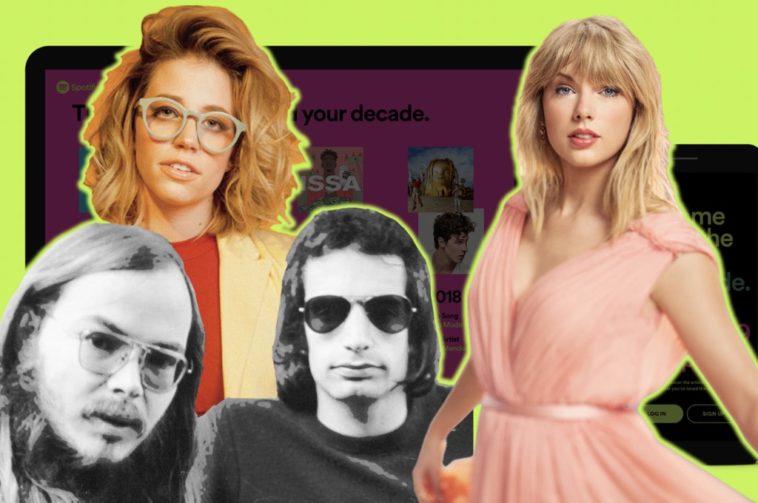 Spotify Wrapped is a brilliant marketing ploy, but it’s not all it’s made out to be. Unless you’ve made a concerted effort not to, you’ve seen everyone’s taste in music plastered across too many instagram stories to count since the beginning of December.

There’s just one issue: Spotify Wrapped is a complete and utter sham.

Spotify is based in Stockholm, Sweden – the best-known Swedish brand this side of IKEA. I’m not poking fun at our Scandinavian pals, but rather pointing out that due to their HQ residing in Europe they’ve got to abide by GDPR. General Data Protection Regulation is shorthand for the European Union’s attempt to not completely molest user privacy like we do here in the United States.

The amount of data consumers willingly share with faceless tech companies – and thus advertisers – is frankly frightening. We trade this utter lack of privacy for utility, which generally makes life easier.

So how does this relate to your cousin literally fainting over the fact that (s)he (no judgement here) made it into the top 0.1% of Taylor Swift’s listeners WORLDWIDE?

Well, since Spotify has to leverage their listener data with GDPR in mind, it flat out is not completely accurate. You might’ve noticed that the Spotify algorithm pales in comparison to other social channels, or even competing streaming services such as Oakland-based Pandora. While Spotify’s seemingly inept (read: built with at least a shred of your privacy in mind) algorithm may annoy you, it’s quite likely for your own good!

If Spotify were the brainchild of a software engineer and music buff from Kalamzoo, Michigan your girl Becky would actually have accurate data on their music and podcast listening habits. Suffice it to say she likely wouldn’t even come close to T-Swift’s top 0.1% of listeners. Those top X% slides are aimed at one thing and one thing only – social media engagement.

Who in their right mind would brag about being in their favorite artist’s top 37% of listeners? Spotify knows this, so they flub what data they’re allowed to use into brightly-colored sharable slides sure to be gobbled up by fanboys and girls across the world.

You’ll also notice that Spotify Wrapped assaults your social feeds when the year is only 11/12 over. Why not simply wait a month for the annual affair? In February when the company announces their Q4 financials they’d rather paint the year as ending on a high note and flaunt their consumer behavior acumen than coast into 2022 without pulling off as brilliant of a marketing heist as exists nowadays.

Spotify Wrapped undoubtedly results in a glut of sign-ups before the year’s end and makes their impending earnings call that much sweeter for investors. Nearly everybody wins in this scenario, besides – of course – Michael Buble, Kacey Musgraves, and Mariah Carey, who would undoubtedly shoot up the charts thanks to their Christmas tracks.

Spotify is well aware that the vast majority of their paid subscribers are not nearly as curmudgeonly as I and that their listeners’ mouths water at the thought of sharing their music tastes with the dozens of people who actually care.

I hope you learned something, or at the very least were taken aback when you came across a graphic with Josie Dunne, Steely Dan, and Taylor Swift as its subject matter. I can’t wait to check out my very own Spotify Wrapped, on January 3rd. Big Tech won’t get the best of me this time around…