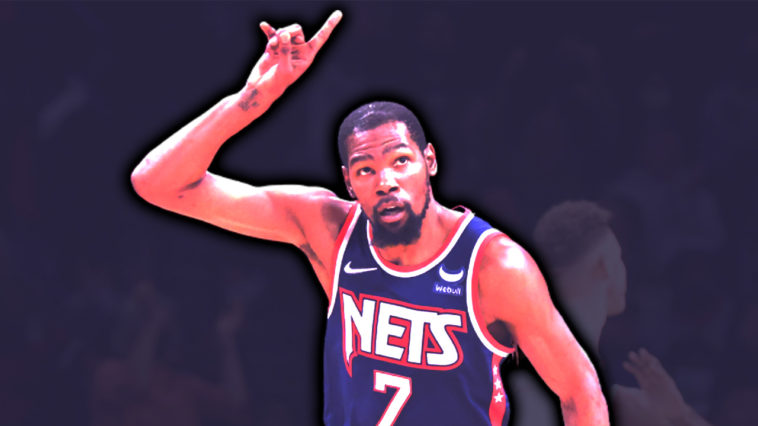 Welcome to the newest segment of Pod That: Two Brothers Talking Sports .  We are about a quarter of the way through the NBA season so we are introducing a new segment from our podcast that we will be doing on a weekly basis. The rules are pretty simple each one of the hosts will of the podcast George Jarjour & Sami Jarjour will rotate on a weekly basis and give out three NBA storylines. The other co-host will have to guess whether the person who presented thinks that the storyline is a lie (BS) or Ball (true). In week 1 of BS or Ball George Jarjour presented his three NBA storylines:

Story Line 1: The Brooklyn Nets will reach the NBA Finals.

The first storyline of the Bull or Ball segment goes to the Brooklyn Nets who probably would have made the NBA finals if Kevin Durant had a smaller foot. And despite a rocky start the team seems like they are rolling. George decided that he actually believes that the Nets will make the NBA finals this year and lose in the NBA finals despite the slow start from James Harden and the missing Kyrie Irving. Kevin Durant is simply playing too good to be stopped. Sami on the other hand doesn’t think the

Kevin Durant is your PLAYER OF THE MONTH ? pic.twitter.com/b8A5wk4WbP

Story Line 2: The Phoenix Suns will win the NBA Title.

Sure the Suns are rolling. But George thinks that when Klay Thompson and James Wiseman return for the Warriors they will be the favorites to win the NBA title. Sami on the other hand thinks the Suns are the best team in the NBA and will win the NBA championship this season.

The Suns are the most clutch team in basketball. #ValleyProud pic.twitter.com/eAJoKpHjPd

Steph Curry has been the story of the NBA season thus far this season. And to lead the Warriors to a 18-3 record with no Klay Thompson? He’s not only going to win the MVP but has been the MVP this season according to George.