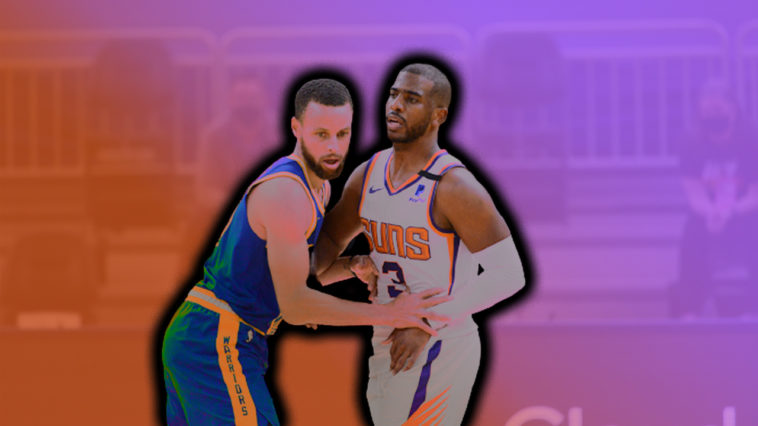 Welcome to the newest segment of Pod That: Two Brothers Talking Sports. We are about a quarter of the way through the NBA season so we are introducing a new segment from our podcast that we will be doing on a weekly basis. The rules are pretty simple each one of the hosts of the podcast George Jarjour & Sami Jarjour will get to choose 3 NBA players. They are the King (who they think is the best player/performer), the Jack (the young upcoming player that is playing best), and the Joker (someone who is playing bad or is just a straight up clown). This episode of the podcast we did our quarter season 3 cards, but we’ll start doing weekly awards. Here is each person’s 3 cards. You choose who has a better hand.

Anthony Edwards really sent his defender into another dimension ?

A quick shoutout to the honorable mention Kyrie Irving. But Ben Simmons has been such a clown this season that his teammates seem like they also want nothing to do with him. It’s hard to imagine him ever wearing a Sixers jersey again but it seems like Darryl Morey is hellbent on holding on to his asset until he gets what he thinks is a fair package.

Ben Simmons is rumored to be "broke" and might have to return to the 76ers due to cash flow issueshttps://t.co/0SXchjJ8tT

Sami chose Chris Paul as his quarter season king after the Suns beat the Warriors with mostly no Devin Booker. Chris Paul somehow isn’t even in the top 10 of the MVP race which is pretty disgraceful that people don’t see the value of Chris Paul.

Chris Paul in the clutch this season:

The Suns have outscored opponents by 46 points with CP on the court in the clutch, the best +/- in the NBA. pic.twitter.com/CRmGgpQiHy

LaMelo Ball does everything on the court. He’s exciting to watch and as Sami said on the podcast “he’s Lonzo Ball on steroids”. The Warriors are most likely going to be remorseful that they passed up on a chance to adding LaMelo Ball in the draft to an already loaded and ready to win team.

Despite the L, LaMelo still had a CAREER NIGHT ?

Damian Lillard chose loyalty over a chance to compete according to Sami. The fact that he met with LeBron James and Anthony Davis and decided against playing with them is a bad choice. And not only that he is shooting under 40% for the first time in his career.

The Blazers' Damian Lillard will be sidelined for at least 10 days with a lower abdominal tendinopathy. pic.twitter.com/hcwXAk1LQv