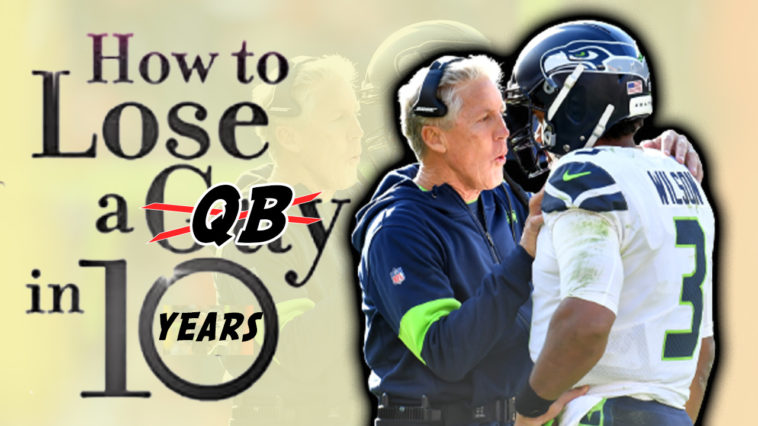 Growing up in Seattle in the 90s the city has had its fair share of superstar athletes throughout my lifetime. Whether it was Ken Griffey Jr being the most popular (and best in my opinion) player in baseball or Shawn Kemp and Gary Payton raising the roof of the Key Arena and being the most hip duo in basketball, Seattle sports always had the coolest dudes rocking their jerseys. It was clear as hell and almost unarguable how cool the players in Seattle were. Griffey was the face of Nintendo video games and thanks to Michael Jordan not being able to be a cover athlete for video games it felt like Shawn Kemp was the face of NBA Jam. No seriously, I might be hyping up the Seattle 90s a bit too much but damn we were fucking cool. But here’s the thing about being a pre-teen in Seattle in the 90s; it also meant you had no idea these really cool athletes that embodied the culture of the city were actually going to be gone one day. I wonder if the adults in the room knew the truth back then and I was just too naive to realize. I couldn’t ask my parents this question because they came from Syria and were immigrants and knew just as much as I did. Did athletes all just ditch the laundry and go somewhere else? It all started with the first domino that fell. Randy Johnson.

If you were a kid in the 1990s you probably think this should be Ken Griffey Jr.'s Hall of Fame plaque. pic.twitter.com/FWvf52vq0t

Let me paint a picture, the Seattle Mariners are my first love, that 1995 team was my first kiss. And with love comes the highs, the lows, the euphoria and of course the heartbreak. I still remember July 31st, 1998. I was in Disney World in Orlando on a family vacation, and I knew the rumors that Randy Johnson could get traded at the deadline. This was before Twitter would have told me the moment it happened (plus I was only 10 I didn’t have a cell phone), but I remember after a day filled with Mickey Mouse and my brother spending literally 5 hours looking for a chrome Buzz Lightyear action figure, I got back to the hotel, and turned on ESPN and just waited to read the bottom line. And there it was, the worst sentence I had read in my so far young life, “The Seattle Mariners trade Randy Johnson to the Houston Astros for….”. Well shit!  I guess that’s the moment I really knew sports is a business; get used to it kiddo. It didn’t take much longer for Ken Griffey Jr to say good-bye, Alex Rodriguez to say good-bye, Shawn Kemp, Gary Payton… good-bye. Shit, the fucking whole Seattle Supersonics franchise said good-bye. Well, here I am 34 years old, are we going to go through this again?

7/31/98 With seconds before a midnight trading deadline, the Astros trade for Randy Johnson who went 10-1 in Houston. pic.twitter.com/Vl2VSYqZoL

The Humble Beginnings of Russ

Russell Wilson is arguably the best athlete in the history of Seattle Sports. Personally, I would argue for Ken Griffey Jr, but that’s not the point. Russell Wilson came into Seattle with an electric smile, an aw shucks mentality and the ability to say “Go Hawks” at the end of every interview which has convinced all of us that he was one of us. And really, he was one of us. He embodied and has embodied what we wanted in a Seattle athlete. Humble, hard working, caring and really damn good at football. He frequented children’s hospitals, and most importantly to the football fan was winning and winning at a pace that no Seahawk quarterback has ever won, and helped deliver the city of Seattle their first ever Super Bowl. And with a Super Bowl win comes fame, attention, branding. And of course super-duper-stardom. And with super-duper-stardom comes a different class of people including the likes of Ciara.. We’ll hold the thoughts on Ciara for the conclusion of this piece (and that’s what we like to call a cliff-hanger).

Rookie Russell Wilson was so damn fun to watch #seahawks

Now while Russell Wilson was growing up, so was the city of Seattle. The Seattle of the 1990s I knew and loved was long gone. And even myself relocated to the sun-shine to the desert in Arizona. So I am not one to sit here and criticize nor is this the basis of this piece on Russell Wilson. But Seattle was once a hip, fun, unique city and now has become a smaller version of Silicon Valley, and this is most evident when you take the Denny Way exit and what used to be the Denny corridor is now home to Amazon and the downtown scene has become either:

A) a bunch of techie transplants or

B) a bunch of homeless dudes on crack

The heart and soul of downtown Seattle is now just different. For better or for worse, I am not here to judge, but it’s different. Seattle is a grown up city now. There still are pockets of 1990s glory in certain neighborhoods but Seattle has become an expensive city that has frankly priced out a lot of the people who would be the heart and soul of the downtown scene. But with it becoming a grown up city it also became more internationally known. And for that reason I didn’t expect Russell Wilson or any big name athlete to want out. Shoot, it’s one of the most desirable cities to live in in the whole country.

The Moments Before Breakup?

Enter Ciara. Ciara seems to be a great person. This is in no way, shape or form a shot at Ciara. But her profession is big. It’s bigger than most athletes wives. I would argue in the whole entire NFL the only player who has a wife of bigger magnitude than Ciara is Tom Brady. Ciara seems like she’s always been too big for Seattle for her career. New York, Los Angeles, Chicago, Miami and even Las Vegas would be more ideal for someone like Ciara to take her career to the heights where it needs to be. I would even say she has sacrificed for Russell Wilson the last few years. But what has Ciara done to Russ? There’s two sides to every coin. It started with the branding, and got to the optics. Russell Wilson seems much more calculated now. The quarterback who was in tears after the NFC championship game now seems more like a robot; one who won’t show emotions because it’s not his brand. Russell Wilson is the kid that wasn’t popular his freshman, sophomore and junior year of high school and just became homecoming king his senior year and is dating the prom queen, he’s just different. And we are all fine with that. But what we are seeing here this season we aren’t fine with. The passion on the field even looks gone, the emotions feel empty, and it feels like he’s going through the last moments before a break up. Russell Wilson finished last season 12-4  and had rumblings of wanting out. Well the team sits at 3-8 at the moment and if you think he wasn’t happy last off-season I would bet he won’t be thrilled this coming off-season. Maybe he wants Pete gone and that will fix things. I am not saying Russell Wilson will be gone this off-season FOR SURE but who knows, I feel like it’s coming to that. He feels done. And it feels like he doesn’t want to disappoint the fans and cause us heartbreak so he’s doing it nicely. As Seattle has grown into a major tech hub many of us have had Seattle outgrow us but this time around it feels like Russell Wilson has outgrown Seattle. And he wouldn’t be the first superstar to say good-bye.

Love Seattle Sports? Make Sure To Download/Subscribe To The Sports On Tap Seattle Podcast Wherever You Listen To Your Favorite Podcasts