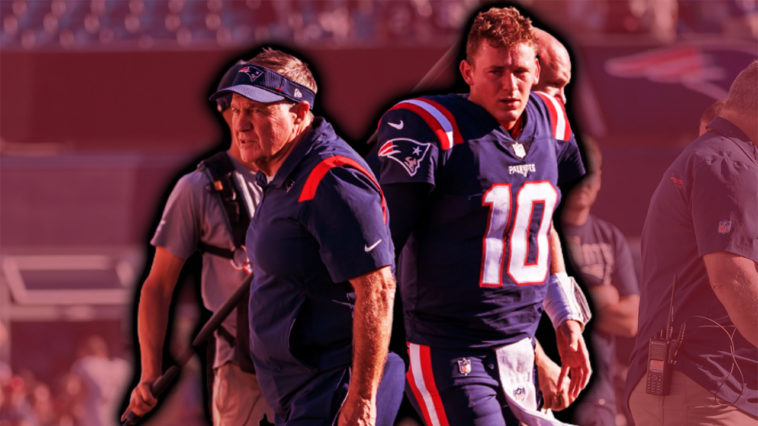 Week 12 NFL Sunday is officially in the books. The end of NFL Sunday is always bitter sweet. In a interesting way, I can literally watch 11293 hours straight of NFL football. But alas, week 9 is in the books and we have 11 more Sundays to go. Here are the 3 biggest story lines from week 9 NFL Sunday and to get a full recap of all the games listen to the Just Talk Podcast. For more NFL podcasts as well, visit our Sports On Tap Podcast page.

The Patriots The Class Of The AFC

The Patriots are just humming. Mac Jones looks like the steal of the draft and Bill Belichick looks like he rebuilt the Patriots into a power house literally overnight. I don’t believe there is a team in the AFC that wants to see the Patriots come playoff time. And if they keep winning the road to the Super Bowl might just go through Foxborough.

Meanwhile down in Tampa, the Buccaneers seem like they have refound their stride with back to back wins and Tom Brady is back to looking good as ever. Tom Brady now leads the NFL with 30 touchdown passes and if the NFL would get their wish the Patriots and Bill Belichick would be in a collision course with Tom Brady and The Buccaneers.

Mac Jones is the Vegas favorite to win OROTY.

Tom Brady is the Vegas favorite to win MVP. pic.twitter.com/H8vKSzgWWc

This technically wans’t a Sunday game. But if you were wondering if the NFL was king, this is more than proof. The Cowboys and Raiders on Thanksgiving had a record of 38.5 million viewers which is the most watched NFL regular season game of all time.

Yesterday’s Cowboys vs. Raiders game was the most-watched NFL regular-season game on any network since 1990, according to CBS. The estimated average viewership: 38.5 million