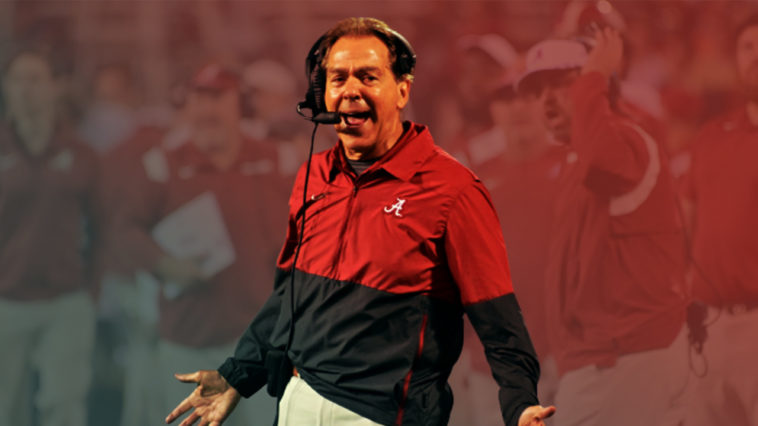 Week 13 of college football was a rivalry week for the ages. Drama surrounding the three biggest games of the day did not disappoint. The Alabama vs Auburn game took 4 overtimes and a Alabama come back to resolve. Michigan and Ohio State offered plenty of drama. And Bedlam between Oklahoma State and Oklahoma was just that… BEDLAM! It was a rivalry week that we may talk about for years. And on the latest episode of the Just Talk Pod with George Jarjour. George gives out his top 4 playoff teams his two teams on the outside just looking in.

It feels like Oklahoma State is always just outside looking in. And it is the same this year. The resume would be good enough if Cincinnati would just falter and leaves them and Notre Dame as the choices. But it’s just not happened yet for Oklahoma State who lost to Iowa State by 3 in their lone loss of the year.

Oklahoma State wins Bedlam for the first time since 2014 ? pic.twitter.com/qqOgcaCSmL

Well this is a good example of taking care of business and you are in. If Notre Dame didn’t lose to Cincinnati at home they would be in the playoffs with ease. Now the question is if Cincinnati falters would a 1 loss Notre Dame team get in over a team they lost to in Cincy? Or could Oklahoma State jump both teams?

I hate having Cincinnati here. They will probably lose to the number 1 team by a good 40 to 50 points. But hey, they can only play who is in front of them and that’s what they have done in going undefeated.

Michigan got the biggest win in the Jim Harbaugh era over Ohio State. And if Michigan takes care of business in the Big 10 championship game versus Iowa, they are in the playoffs.

Find someone who supports you the way @JuwanHoward supports Jim Harbaugh ? pic.twitter.com/zAvvPtOmgE

Alabama played in the game of the year against Auburn and narrowly escaped. But I think the committee will have them at number 2 and set up a scenario that even if Alabama loses close to Georgia they are in the playoffs.

Outside of a week 1 win against Clemson this Georgia team has not been in any one possession games all season.