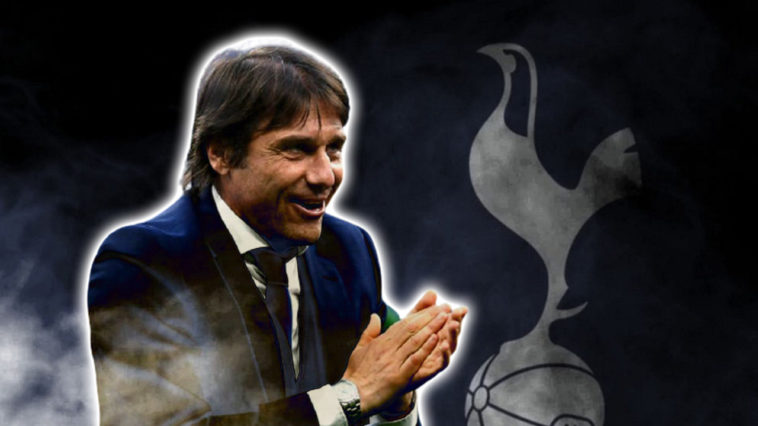 It’s been a topsy turby week for the all Tottenham Hotspur supporters that’s for sure. The Manchester United game was one of our worst performances in a long time. After losing 3-0 to Manchester United fans were absolutely furious with the club and especially with the manager Nuno’s performance (or lack of performance). Twitter went nuts, and it felt like Daniel Levy and ENIC actually were paying attention to the fan base on twitter. So we had to bring this news to the Spurs On Tap Podcast.

Check Out The Spurs On Tap Podcast On All Platforms

Now we can argue whether that is a good thing or bad thing that they listen to the fans on twitter, but it seems like at this time that was the best thing that could happen to the fan base. Rumors began to fire up online and Nuno was out as manager. And then the bigger rumors began that Antonio Conte was going to be coming to Spurs. As the rumors began to heat up and the fans got their hope up, many became cautious. We have gotten left at the alter by Conte before. But low and behold, the Italian said yes! He is now our manager.

The excitement is unparalleled, a world-class manager in his prime is going to coach our Spurs. This could mean a lot for many players and the excitement is pretty big. What does this mean for Harry Kane’s future? Could Kane want to REALLY stay long term now? Well.. possibly. Does Ndombele finally begin to take form? And the best part? Well, according to rumors he has a huge transfer budget to work with that matches his ambitions. The Spurs haven’t won a trophy since the first iPhone was released. Yes.. it’s been that long, and no, I don’t count the Audi cup. So let us hope and pray that Antonio Conte can bring back a trophy to Spurs. It’s about damn time.

Tweets Read On The Podcast

Me trying to simultaneously keep my job, but also read Spurs tweets at the same time ?#letsgoooooo #COYS pic.twitter.com/7Bwkakedjy

NDOMBELE AND ROMERO UNDER CONTE I’VE RAN OUT OF SEMEN

George W Bush was US President.

iPhone 1 was the only iPhone available.#Spursy5000

Ndombele under Conte will be so so so scary

Ndombele under Conte will be so so so scary

Højbjerg and Ndombele
I believe that the pair will be used in a midfield three as the two players in front of the Regista. pic.twitter.com/bayQAfrw6N

These are the players that I believe will benefit the most from the appointment of Conte.
– Kane
– Son
– Ndombele
– Højbjerg
– Reguilon
– Romero
– Tanganga

Hate to say it but Conte a serial winner, if he doesn’t win anything at Tottenham then for sure the teams cursed.

I can tell you now. Dier winks sanchez alli davies doherty all gotta go immediately. Maybe try and get a tune out of lo celso. But those first 6 should sold first thing 1st jan

Tanked on purpose to get Nuno out quicker. Masterstroke https://t.co/Jw7gnyZNWf

Well he wanted to leave mostly because Mourinho left… Of course bringing in another serial winner works.

This is one of those times where being a Spurs fan in rural Canada – where hardly anyone gives a shit about football – really sucks.

I probably should, they already must realize I've got a screw loose.

So today we sign #Conte most spurs fans are over the moon ? but now all the accounts who called us negative are being negative towards us for being happy ? never change #Twitter #COYS #THFC ? love this place ?

Damn you Spurs now I have hope again. I know you’re making me a promise you can’t keep but here I am, hoping for more highs than lows… #COYS