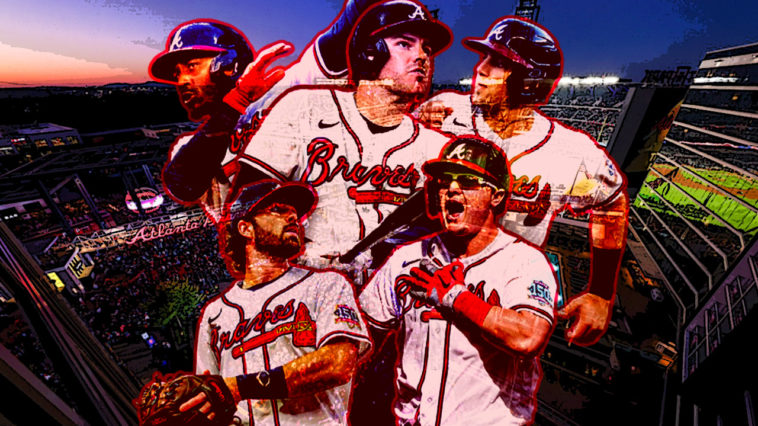 Folks all across America were still mad at the Houston Astros cheating and were rooting for the Atlanta Braves in the 2021 World Series. I didn’t just say “America’s Team” as a joke, really, almost all of America was on the Braves side. After a blowout in Game 6 of the World Series, the Braves win 4-2 and win their first World Series since 1995.

The Houston Astros sign stealing scandal has stuck with them, despite the fact that most of the players from the 2017 World Series championship winning team aren’t even on this roster. It doesn’t matter that the leadership for this team is different than what the 2017 team had. People are still mad about Houston winning that World Series. It doesn’t come as a surprise that most of America was rooting for the Atlanta Braves in this series. Well, they may not be rooting FOR Atlanta as much as they are rooting AGAINST Houston. Weirdly, Delaware is rooting for the Astros though too..

Almost the entire country is rooting for the Braves to win the World Series ?? pic.twitter.com/y8oqnZsBQW

America is going to be really happy for the @Braves tonight! But its going to be a tough day for those Astros fans in Houston, Louisiana ………… & Delaware?! #WorldSeries pic.twitter.com/OYtwkPZgDs

Braves came out hot to end this series in Game 6… & it was pretty bad from the get go:

Once again, just so you don’t think I am just talking, here is a series of tweets of Americans rooting against the Astros tonight…. It’s not just me.

With that said, I am sorry to those Astros fans out there, I know it is tough for everyone to hate your team, it’s been 4 years and probably is time to move on, but once a cheater, always a cheater, so everyone will NEVER get over it. You needed to win this one to shut up the haters… But it didn’t happen….

Would love to be this guy right now. Congrats @Braves fans. From all of America(except Delaware and Texas) pic.twitter.com/1dEELEeUfs

Congrats to the Braves. You beat the cheaters; America is proud! #WorldSeries2021 pic.twitter.com/IhNfZAmg7A

Run up the damn score on these cheaters