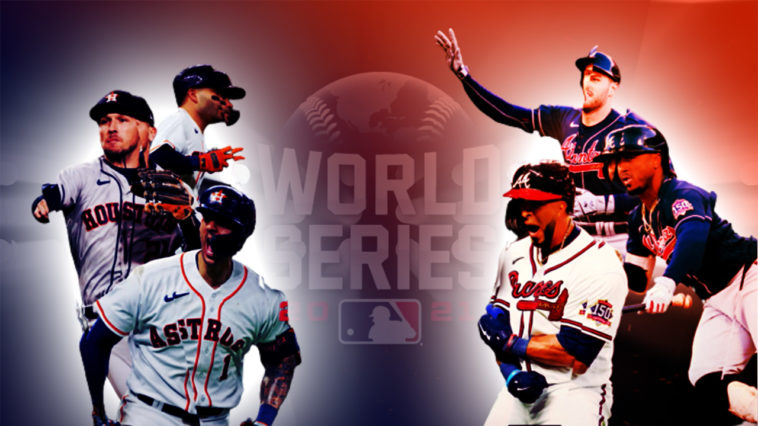 The World Series Preview is here, which means one thing… THE WORLD SERIES IS HERE! We have an interesting one on our hands with the nationally hated Houston Astros playing the underdog comeback kids in the Atlanta Braves. The Astros have been scolded for years after winning a World Series but being caught for cheating, so it is safe to say a lot of people are rooting for them to lose…. BUT it could erase a lot of that hate this year if they win one fair and square.

The Atlanta Braves are another interesting story, they haven’t won a World Series since 1995, and they even had a losing record this year at the All-Star break…. I mean the SEATTLE MARINERS ended the season with 90 wins and the braves had 88. Explain that to us!

The Atlanta Braves began the 2021 MLB season as +1000 underdogs to win the World Series. The Houston Astros were an even longer shot to win it all at +2500.

Yet Tuesday night, the Braves and Astros will face off to start the 2021 World Series.

Get ready for the World Series right here with the Shoeless Goat Podcast: