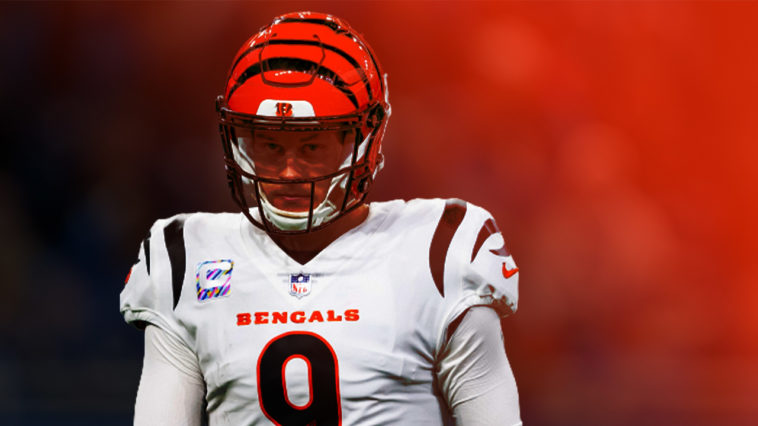 Week 7 NFL Sunday is officially in the books. The end of NFL Sunday is always bitter sweet. In a interesting way, I can literally watch 11293 hours straight of NFL football. But alas, week 7 is in the books and we have 11 more Sundays to go. Here are the 3 biggest story lines from week 7 NFL Sunday and to get a full recap of all the games listen to the Just Talk Podcast. For more NFL podcasts as well, visit our Sports On Tap Podcast page.

We are seing one of the most dynamic and great NFL young quarterback to wide reciever combinations in a long time. Burrow looks so poised and Ja’Marr Chase looks so physical that it’s just an absolute joy to watch these two play football. We all thought the Bengals were crazy for taking Chase over a tackle and well now we are the ones who look dumb. And Joe Burrow and the Bengals are currently the number 1 overall seed in the AFC.

List of players to throw for 400+ yards & 3 TD against the Ravens in Baltimore:

Not The Chiefs Year

Sometimes, a team just struggles to find an identity. And it feels like this is not the first time I am typing these words but the Kansas City Chiefs are now in serious trouble. They just don’t look right, they just don’t look motivated and they really look sloppy. Maybe this is just a year hiatus from going back to greatness but you have to remember these long runs are rare. The Buffalo Bills in the 1990s are the only team to ever go to four straight Super Bowls and not many have been to three like the Chiefs are attempting to do.

Patrick Mahomes was on two of the last three Madden covers.

That thing was bound to catch up to him. pic.twitter.com/fhHVgJ8BoH

Just wanted to simply say that without much fan fare and despite making a play worth of memes for weeks to come on Sunday Night Carson Wentz has actually been really good for the Colts and has the least interceptions in the NFL for any starting quarterback with 1 so far this seaon. The Colts had a tough early schedule but seem to be rolling heading into their matchup with the Titans next week.

Carson Wentz is the *only* Quarterback in the #NFL with 11 or more touchdowns & less than 1 interception.

Wentz had 1 bad year & everyone thought he was done.