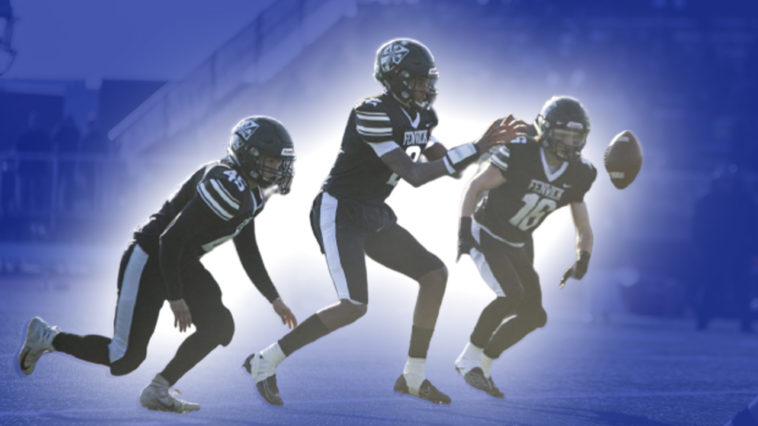 Tonight is potentially the biggest match up for Fenwick football in a generation. The Fenwick Friars, currently ranked at #15 in the state, heads to #9 St Ignatius for what’s being hailed as the I-290 War. If you’re like me, a proud alum of Fenwick football, you’re probably stunned to see either “Fenwick” (and especially “Ignatius”) in the same sentence as the word “ranked”. Dare to believe it, folks. The Friars are extremely legit. In case you haven’t followed Fenwick football too closely this year, they are red hot. Fenwick is currently boasting a 6-2 record and is in 2nd place in the CCL/ESCC White. They’re of course ranked 15th in the state and have a pretty impressive resume. Fenwick has a few blow out victories on their record, winning 42-7 over Notre Dame High School at home and 49-0 against De La Salle on the road. The 2 losses that blemish their record were in fact unbelievably tight games. The Friars lost a heart breaker to Providence 21-20 back in Week 3 and battled their guts out against Loyola but ended up losing on a game-winning field goal 27-24. Astute high school football fans will not fail to note that Loyola is indeed an 8A team so we won’t be seeing them in the playoffs regardless.

On the other side of the ball is an 8-0 St Ignatius. I won’t lie, the Wolfpack has looked really impressive thus far. They’re ranked 9th in the state and have some quality wins over the likes of Mt Carmel, St Laurence, and DePaul Prep, all of which were shut outs. Fenwick will be one of the more serious opponents Ignatius has faced all season and they won’t be traveling to the mad house that is Triton College. Fenwick has assembled a dangerous special teams unit so be on the look out for #45 Brendan Doyle. And of course, in typical Ignatius fashion, they refused access to tickets to the Fenwick student body in an attempt to silent the student section. You can’t stop Friar Nation, you can only hope to contain them.