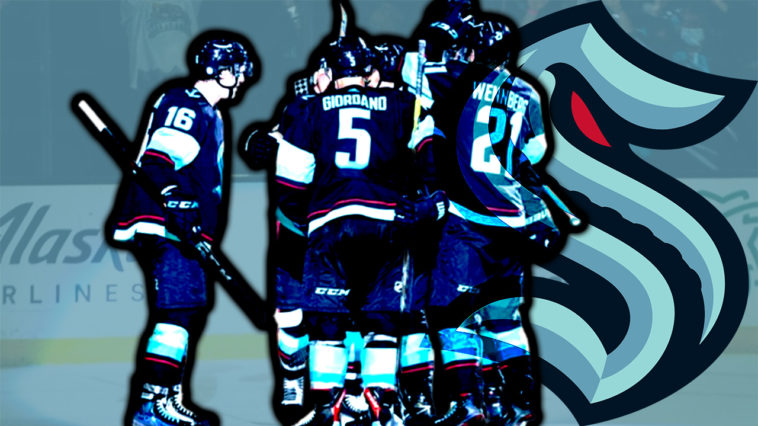 The Seattle Kraken began their inaugural season this week. We are through two roads games (thanks National Hockey League for screwing us over by having us start with five straight road games), and we already had a scrappy and heartbreaking loss in Las Vegas against the Knights and then we got our first win in franchise history against the Nashville Predators. During the game against the Predators we had our first fight in history of the franchise on the ice. And we had our first fan fight (not saying fan fights are good, but just mentioning the history here).

Vince Dunn gets the first fight in Kraken history pic.twitter.com/yRvNtrAWOj

Five each for fighting pic.twitter.com/gnQxUn3WvK

So the season has started off with basically just straight up fireworks. After our first two games here are three reasons to get behind the Seattle Kraken and support Seattle’s newest team.

1. The Team Can Be Good From The Get Go

The NHL has a great expansion draft that allows the team to be good right away. The last expansion team in the NHL the Las Vegas Golden Knights made the Stanley Cup final in their first year of existence. Now, according to hockey experts the Kraken didn’t go as hard after expensive players as the Knights did but they should still be good. I have seen power rankings as high as the 10th best team in the league according to CBS Sports.  This alone should attract fans because we have a team that can actually be good from the get go.

Despite the loss. As Seattle sports fans, watching the Kraken was so much fun. We don’t know much but we broke down how cool it was to watch this moment in NHL history. #SeaKraken

2. The Jersey’s And Color-ways Are Dope

I wasn’t all in on the Kraken name as it was announced. And I am still not 100% in love with the name. I loved the name the Seattle Metropolitans after the 1918 Seattle hockey team that was actually the first American team to ever win the Stanley Cup. But anyways, regardless of the team name, the logo, the jerseys and the color-ways are absolutely sick.

the jersey says it all. pic.twitter.com/e18Bh7rvDU

3. This Could Help Bring Back The Sonics

Look, all Seattle fans are nostalgic about the Seattle Supersonics and having them come back in our lives. The newly renovated Climate Pledge Arena is going to bring some business back to the Seattle Center and Queen Anne. And if you think that the NBA is not watching to see what kind of success the Kraken are having you are crazy. The NBA is now looking at Las Vegas as a potential market after the Golden Knights success, so if the Kraken prove to be good for business the NBA will put its eyes back in the Seattle market.

We’re less than TWO WEEKS from grand opening. Has that sunk in for anyone? Tbh we’re still processing. pic.twitter.com/Fy41GLCnPS

So enjoy this newest edition to Seattle’s sports city and support the Seattle Kraken. There are so many reasons to do so.