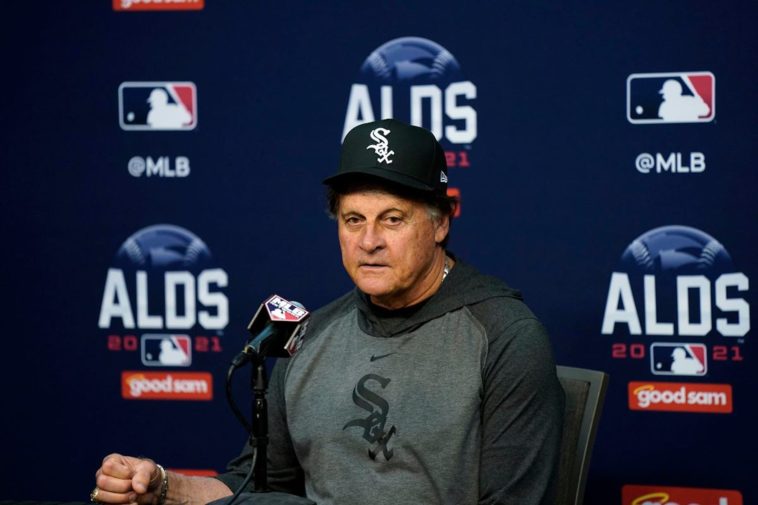 If there’s one way to describe the screeching, sudden end of the 2021 Chicago White Sox season, it’s disappointing.  A team with so much potential, so much talent, that was so much fun, and arguably the best White Sox team of the last 15 years. There’s not much to choose from in that span, but it’s what it is.

The 2021 Chicago White Sox were a lot things, frustrating at times but overall a really damn good team.  Still, now almost three days removed from the end of the line in Chicago, it still feels empty.

The team not really showing up in 3.33 games against Houston in the ALDS leaves so much more to be desired.

This isn’t about effort, or heart, or any of that.  I have no doubt that the team went out there and did everything they could, but it just wasn’t enough.  Outside of the latter two thirds of Game 3, nothing really showed up in the results column, in any facet of the game.

This season wasn’t without it’s fun, of course.  There was the Rodon No Hitter, the Goodwin Bat flip, the walk offs, the comebacks, and for a brief moment in time the best record in baseball.

YASMANI GRANDAL BAT DROP WALK OFF TO GIVE THE WHITE SOX THE BEST RECORD IN BASEBALL pic.twitter.com/sS1OmAT0LR

A FIELD OF DREAMS IT WAS!?

TIM ANDERSON WINS IT FOR THE @whitesox!!! pic.twitter.com/kkX4sRcgN6

The individual stories were there, too. Rodon and TA becoming All Stars for the first time, Lance Lynn being a Cy Young guy along with Rodon for most of the year, Dylan Cease putting it together to become a strikeout artist, bursts of what Andrew Vaughn will be, Gavin Sheets turning into a power hitting bat from the left side, Jake Burger finally getting to the big leagues, and perhaps most importantly, Luis Robert looking like a top 10 player in baseball in his return from injury.

All of that is fun and shouldn’t be taken away.  I enjoyed a great deal of it, but the fact of the matter is, the 2021 Chicago White Sox won the same number of playoff series (0) and playoff games (1) as the 2020 Chicago White Sox, and got absolutely steamrolled in a one-and-done appearance.

This wasn’t what was expected when the team went and got Craig Kimbrel in a move that should have been made, or when Rick Hahn talked about parades.  Since Day 1 of the 2021 White Sox season, the talk has been World Series or bust.  Those expectations were for sure alive in the stands, but the team put them out there.

Tony La Russa was brought out of retirement for this specific reason.  And while the playoff failure falls in large part in the hands of on-field production, Tony didn’t do much himself outside of Game 3’s bullpen management until the end.

Tony La Russa continuing to speak with umpires after José Abreu was hit by a pitch. pic.twitter.com/JxslLGDjmV

In that way, the season as a monolithic, binary object cannot be considered a success.  There were plenty of successes in the season, but as a whole a year in which you spun your tires in terms of result isn’t a step forward.  Getting taken to the wood chipper by a Houston Astros teams that the 2021 Chicago White Sox weren’t that much worse than on paper isn’t success.

Before the season started, I gave my thoughts on what success meant for this team, and I believe the crux of that argument holds true:

From there, to come out of this season satisfied as a fan, it gets a bit complicated and arbitrary.  Sure, if they get to the ALDS after a 95 win year and lose a shootout of a series to a damn good Yankees or Astros team, I can live with that.  It’ll leave a bad taste, but I’ll live with it.

It depends on how it unfolds, but to truly walk away from the 2021 season feeling satisfied about a week after it ends, there needs to be a playoff series win, be it by Jose Abreu catching the ball at first to vanquish the Astros or Twins, or Liam Hendriks doing exactly what he did to the Sox in 2020.

The talent gap is not that far between the Sox and the Astros. I refuse to believe that narrative, and will keep saying that whenever it’s forced over the offseason.  I could do a statistical deep dive, but it’s not really necessary.  The 2021 Chicago White Sox had the best starting rotation in the AL, the best bullpen in the AL in striking guys out, threw harder than anyone, and have a young core of hitters that included 3 2020 Silver Sluggers, the 2020 AL MVP, and two of the best hitters in baseball down the stretch in Luis Robert and Yasmani Grandal.

If you ask anyone in baseball, which AL team’s group of position players would you rather have going into 2022 and beyond than the White Sox?  The Blue Jays? Maybe Houston if Correa is back?  The list probably ends there.  There’s upgrades that can be made, but this is a championship caliber team.

This wasn’t a beatdown because of talent.  The starting pitching got worked, every bullpen pitcher besides Tepera got hit, and the offense couldn’t make major adjustments, string together baserunners, or hit for power.

What it was, is that the Astros are on another level beyond the paper.  Perfect defensive positioning, patient at bats, pitchers not doing too much.

Every game seemed to follow the same script: Astros are shut down in the first inning, adjustments are made, and they come out with a plan to chase the starter out early.  Every single game it worked, even when Rodon came out firing 99 on Tuesday, which no one was probably expecting.

The White Sox starters were not scored upon in the first in any game.  The fact that the group still had an ERA north of 10 with only one making it to the 5th is a testament to how the Astros approached the series.  AJ Hinch knows the group well, and hit the nail on the head here with the Carlos Correa dagger in Game 4.

The good new is, this isn’t the end of the run, far from it.  The White Sox have a young core that’s locked up for several years.  Other than Rodon (likely) being on the way out, none of the major contributors from 2021 will be gone, barring a trade. Tony La Russa is also back, and the hope has to be the staff can make adjustments to game planning.

The thing is though, the clock is ticking, and has been all season.  You’ve now made the playoffs twice in a row, with nothing to show for it.  I get that this team is relatively inexperienced, but using that as a calling card now isn’t an excuse.

I hate to bring up the Cubs here, but when their young, inexperienced team went to the playoffs, their first three trips were NLCS, Ring, NLCS.  The frustration started thereafter, not before.  This White Sox team has had two chances now, with no change in result.

Another key point, is that despite being the preseason favorites in the AL Central, making the playoffs will never be easier than it was this year.  Detroit will be better, the Twins may or may not recover, and Cleveland likely won’t roll over if they keep Jose Ramirez.  There’s no guarantee this White Sox team makes it back, which is all the more frustrating.

I still believe in this team and will follow this core all the way.  The talent is there, but when you talk about parades over and over again, eventually that has to come to fruition.  The Sox aren’t going away, but the 2021 Chicago White Sox are ultimately a reminder of a missed opportunity with a window that is always closing.