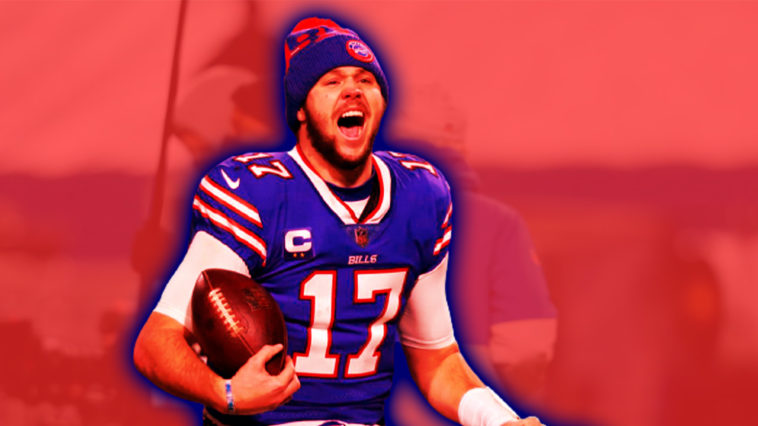 Week 5 NFL Sunday is officially in the books. The end of NFL Sunday is always bitter sweet. In a interesting way, I can literally watch 11293 hours straight of NFL football. But alas, week 5 is in the books and we have 16 more Sundays to go. Here are the 3 biggest story lines from week 5 NFL Sunday and to get a full recap of all the games listen to the Just Talk Podcast. For more NFL podcasts as well, visit our Sports On Tap Podcast page.

Josh Alle and the Buffalo Bills have been incredible this season. We are going to look back at their week one loss against the Steelers with some utter confusion. I even called them overrated. Well they are not. Josh Allen continues to just get better and their defense is improved. They boat raced the Chiefs on Sunday Night Football and they might just be the class of the AFC.

The Chiefs defense is atrocious. And Patrick Mahomes has more interceptions than Jameis Winston right now. But as much as people want to panic about the Chiefs being 2-3 let us keep in mind that the Buccaneers struggled early last season too and ended up winning the Super Bowl.

He threw six INTs all of last season ?@brgridiron pic.twitter.com/w0RSHXET4o

Just like players can be fined for taunting and penalized the referee should be fined for this defensive pass interference call. It gave the Chargers a win and the Browns a loss plain and simple