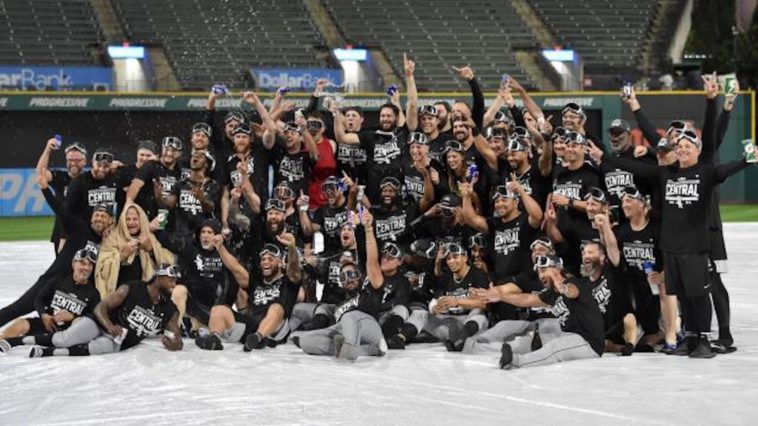 With the 2021 MLB regular season over and the White Sox cruising into the playoffs with their first AL Central crown in 13 years, the time to set the playoff roster is here.  While I have no authority on the matter and a good portion of it is set, as I look to kill the 4 days until playoff baseball is here, here are my picks on who is going to be representing the White Sox against Houston in the ALDS.

Before getting too deep into it, there’s a certain chunk of the roster that really needs no time to describe.  Plenty of it are givens, so I’ll just list those here, in no particular order.

I say locks, since there really shouldn’t be any argument on the team’s part for having these on the roster.  Depending on what you think about things like Cesar Hernandez’ post-deadline production, there’s no logical way to leave a switch hitting second baseman with power off the lineup.  If Leury gets the start at second, then you need a backup infielder.  Case closed.

For the above, I’m also assuming that Ryan Tepera is healthy enough to be on the roster and pitch a standard workload over a 5 game series.  Same goes for Carlos Rodon, despite being the subject of a ton of speculation until after Tuesday’s bullpen.  If he’s healthy at all, i.e. can give you three innings, he’s on the playoff roster against Houston.

Tony La Russa said it's still uncertain whether Carlos Rodón will be on the Sox' roster for the ALDS. He'll throw a bullpen Tuesday, and Sox will attempt to figure out what he can give them — if anything — after that.

The Rest of the Playoff Roster

With the above locked in, that leaves 6 spots left on the 26 man playoff roster.  For full disclosure, I’m conducting this exercise with the following caveats:

Some of these players are probably already locked in, but this is where we get to the “shadow of a doubt” group.

Without further ado, here we go:

While Billy Hamilton isn’t going to add much offense to this roster, he has two things that are necessities on a playoff roster: game-breaking speed on the bases, and lights out defense.

With Eloy Jimenez’s well-documented defensive struggles, he plugs in perfectly as a defensive replacement.  If you can trot out a late inning trio of Adam Engel, Luis Robert, and Billy Hamilton in the outfield, not much is going to drop in.

This would’ve been a braver pick a few weeks ago, but Gavin Sheets has finished the season on a tear.  He’s put up a 125 wRC+, has slugged over .500, and put 11 balls in the seats in his first taste of big league action.  Sure, he’s heavily utilized as a monster bat against righties, particularly at home, but the playoff roster bench is the place for specialists.

For all this lineup has, a left-handed righty-killing power bat is a weapon to deploy against a Houston Astros pitching staff with two righty starters.  Platoon, pinch-hitter, or whatever he may be, Gavin Sheets needs to be on the roster.

A SMASH from Gavin Sheets! ? pic.twitter.com/OYux1o0WrI

With all due respect to Brian Goodwin, Gavin Sheets is the best option for the left handed bench bat.  Power plays anywhere.

Since Spring Training, the backup catcher spot has generated at least some question of who will fill it.  For a chunk of the year it was Zack Collins and kind of Yermin Mercedes.  Then, Seby Zavala took over while Yasmani Grandal was out, mainly for his defense.

With Grandal seemingly healthy enough to catch full-time in the playoffs, the prospect of having three catchers on the playoff roster is more or less out the window.  So, the question becomes Collins or Seby?

While neither has been great offensively, I’m giving the nod to Zack Collins here, for a few reasons:

Neither decision is the greatest option, but at this point it’s what it is.

Yeah, I know, this is the unpopular one.  Keuchel has been, by all account, extremely not good in 2021.  There’s no way to argue that, so I won’t try to.  Even in his brief appearance as a short reliever on Saturday he struggled, with a walk, hour hits, and 3 earned runs in just two-thirds of an inning.

To be completely clear, based off the way the bullpen is constructed, this should be as a “break glass in case of emergency”, Hail Mary role.  There’s basically two scenarios I see that could lead to a Keuchel appearance in the ALDS, both of which make him more appropriate for this role than another short reliever:

Again, this is not ideal and is more of an emergency situation, but with the depth the bullpen has I truly believe Keuchel gives more potential value as a last man out of the pen specialist than someone like Matt Foster.

Houston strikes out just about less than anyone, so having a contact oriented pitcher could help.

If Evan Marshall is healthy I’d potentially be open to that, but he hasn’t pitched in 3 months.  So, I’m throwing Keuchel in there and hoping he either doesn’t appear, gets a crucial GIDP, or looks like the 2020 version again.

26th man on the playoff roster, why not.  If there’s anything the Sox need here, assuming they’re keeping 14 position players and 12 pitchers for a best of 5 series, it’s an interesting bat off the bench that can fill in in case of injury.

Someone who won’t play much, but could provide some utility perhaps to offset a platoon advantage-d (is that a word) reliever.  Burger may be a few months removed from Chicago, but he had a solid bat in his time, can play third and possibly second, and is a player Houston would have only 7 AB’s of experience facing.

If Randy Arozarena taught us anything, it’s that relatively unknown quantities can be a weapon in October.

By the way, who did Burger’s one career homer playing?

With that, I rest my case for the playoff roster.  Whether or not this will matchup with Tony La Russa and Rick Hahn’s version remains to be seen.