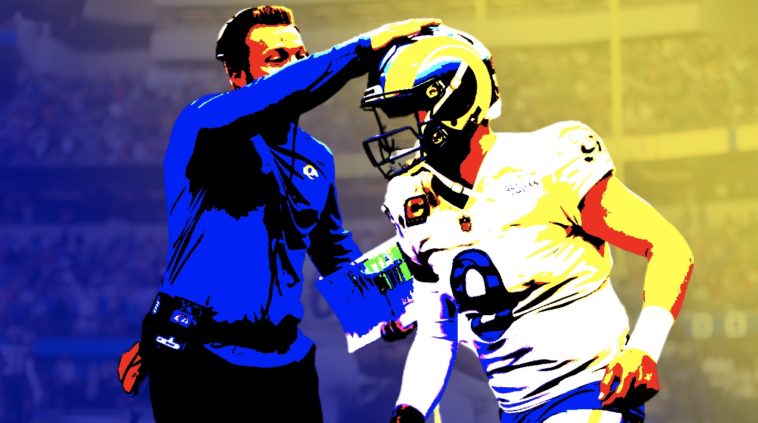 Week 2 NFL Sunday is officially in the books. The end of NFL Sunday is always bitter sweet. In a interesting way, I can literally watch 11293 hours straight of NFL football. But alas, week 2 is in the books and we have 16 more Sundays to go. Here are the 3 biggest story lines from week 2 NFL Sunday and to get a full recap of all the games listen to the Just Talk Podcast. For more NFL podcasts as well, visit our Sports On Tap Podcast page.

Matt Stafford and the Rams are just humming. Stafford has been an absolute gem since he came to Los Angeles and Sean McVay has himself a new toy. It makes you wonder what could have been with Matt Stafford’s career if he wasn’t rotting over in Detroit for most of it.

Justin Herbert had his first of many huge career wins and it sets up a in division rivlary between Pat Mahomes and Justin Herbert for years. And meanwhile a kicker in Justin Tucker made a 66 yard game winning field goal for the Baltimore Ravens as time expired. It was the longest field goal in history of the NFL.

And now, we present to you: Justin Tucker kicking a 66-yard field goal while Justin Tucker sings opera pic.twitter.com/LtTgGPpDiH

Rookie Quarterbacks continued to struggle. Justin Fields made his debut and and was sacked for a total of 68 yards. He only threw for 69 yards. It seems like rookie quarterbacks are struggling and it shows Justin Herbert was the exception but not the rule last year.