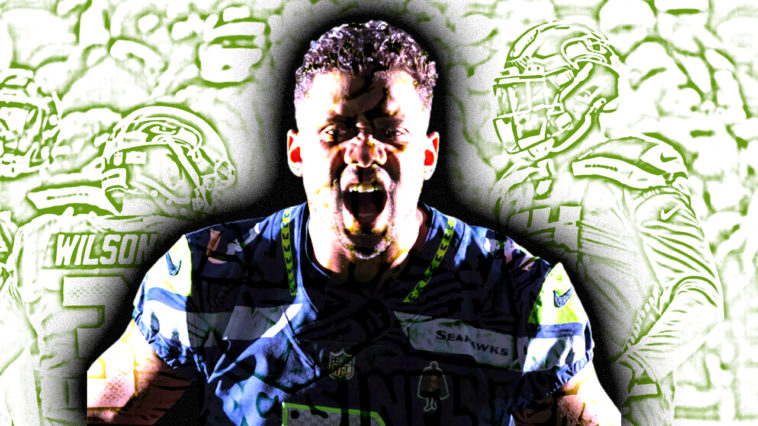 The Seattle Seahawks might be pretty bad right now, or at least they’re playing like it, but I truly believe they can get better and WILL get better. It’s easy to crap on the Seahawks with a 1-2 start and blowing two leads to the Tennessee Titans and Minnesota Vikings… Trust me, I hate saying we blew leads to Ryan Tannehill and Kirk Cousins. It’s much easier to crap on us right now, but it’s also easy to look at the reality. Russell Wilson has never had a losing season. 9-7 was our worst year, and quiet frankly we were pretty good at 9-7.

Before I get to the clear issue here, the defense, let’s talk about the offense. While we have had some dead offense in the 2nd half of games, 0 points v. Vikings, and 6 points v. Titans, we are still a dominate offense and Russell Wilson statistically is playing like the best QB in the NFL. Even WITH the dead 2nd halves. Russell Wilson is the best statistical passer in the NFL through 3 games. The Seahawks offense ranks 6th in points per drive, 1st in DVOA, and not a single turnover. Russell Wilson is still finding a way, as always.

Russell Wilson is the best statistical passer in the NFL through 3 games. The Seahawks offense ranks 6th in points per drive, 1st in DVOA, not a single turnover pic.twitter.com/mL0Qnc8HK6

To me, there is nothing more optimistic than the fact that Russell Wilson is still playing this well with the offense, while having nearly empty 2nd halves. One the offense slightly rolls in the 2nd half, these statistics could be even better. The result WILL be even better. That Titans game, what would have happened? If the offense even played 15% better, we would be talking about a 2-1 Seahawks team with much less panic.

Don’t forget to tune into the Sports ON Tap Seattle Podcast with George & Sami Jarjour, two to three times a week:

Okay lets keep it real, based on those Seahawks offensive numbers, yes, the defense is the even bigger glaring issue…Seahawks are allowing 440.3 yards per game, worst in the NFL before the Monday night Dallas-Eagles affair. Seattle ranks 30th in rushing yards allowed (155.0) and 26th in passing (285.3). We are on pace to break a record we almost broke last year, the worst defense ever…

Via FieldGulls: “440 yards per game allowed is the worst in the NFL, but it’s not the worst for this unit.

Last season, the Seahawks opened up five straight wins with an even worse (not a typo) defense. At the time, they were allowing 471 yards per game which would have crushed the NFL record by 500 yards.

THE DEFENSE SUCKS but we did figure it out a bit last year and we didn’t end as the worst defense ever. Why not figure it out this year? Corners & KJ Wright. I don’t care what anyone says, KJ Wright, talent, leadership… all of it, they need him. The corners aren’t Shaquill Griffin or Dunbar, they are Tre Flowers and D.J. Reed who both quiet frankly are awful…

The Seahawks missed on Richard Sherman who signed with Tampa Bay, but does that mean they have nothing left to do? No. The Seahawks aren’t going to accept this all year and will find a way. There is also changes to scheme you can make, and always a trade you can make if things get worse.

Optimism isn’t fake positivity, I just have the belief that the Seahawks know what is happening right now, and they won’t allow this defense to get Russell Wilson his first ever losing record. They will find a solution. The minute that solution is found, the Seahawks will find a way to get a winning record.