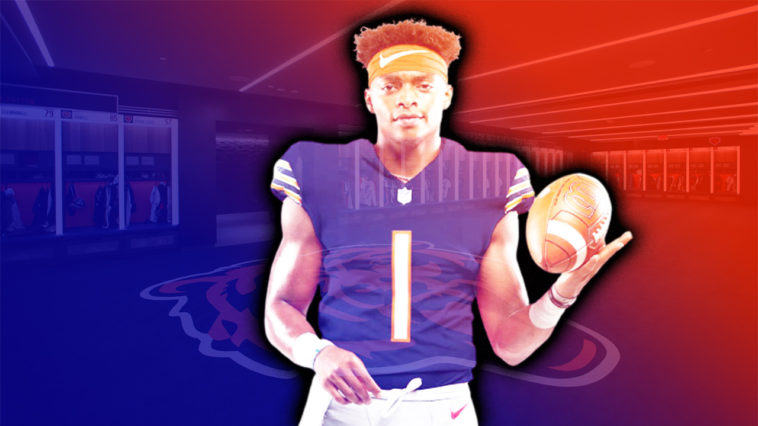 Hallelujah, it’s finally official. Justin Fields has been named the starting QB following Andy Dalton’s knee injury. Thankfully, Dalton is dealing with a relatively minor bone bruise after we all feared the worst after he came out of the game against Cincinnati last week.

The injury to Andy Dalton leaves the situation with Justin Fields incorrectly resolved but with the correct result.

Feel for Andy, but Justin is the future of the franchise. Play him.pic.twitter.com/15ITisfvYB

Fields got the job done and avenged his teammate to win the Andy Dalton Revenge Game against his former Bengals squad. The Bears dominated on the defensive side of the ball and continue to surprise with their run game, meaning that Fields wasn’t immediately thrust into a high-pressure situation following Dalton’s injury. But now Week 3 is upon us, and if the powerful minds of the Spread Option NFL are to be believed, Week 3 is a critical week for many teams on the bubble. The Bears have highs and lows in their first 2 matchups of the season so far but now it only comes down to what Justin Fields can do as starter.

With Justin Fields now in the driver’s seat, he now holds the entire city of Chicago’s destiny in his hands. From I stand, I see 2 major hurdles to his success:

To put it mildly, Matt Nagy has not been supremely successful as offensive play caller during his tenure as Bears head coach. With Fields now representing his 4th QB is as many years, it’s getting harder and harder to lay blame for the Bears’ offensive woes at the feet of incompetent quarterbacking. Sure, Mitch struggled a lot and neither Foles nor Dalton are high-octane playmakers but the Bears offense has chronically underdelivered for the past 3 years. Whether it’s the lack of red zone touchdowns, or a non-existent run game, or positively bizarre 3rd down play calls, Nagy has earned his right to be criticized heavily for what happens on offense. Now that Justin is officially the starting quarterback, however, Nagy needs to play to his strengths. Chief among those strengths is Justin’s huge arm. Exhibit A:

Nagy really, really needs to take advantage of the speed he has at WR and needs to give Justin the best chance to succeed by taking shots downfield.

The second pillar for Fields to be successful is:

So far, the Bears have boasted a stellar ground game. Even with a banged up offensive line, David Montgomery is the 7th leading rusher and 2nd in yards after contact, only behind Derrick Henry (no duh). So the quality of the rushing attack has been very good but it will remain of the utmost importance that the quantity of rushes remains balanced. Nagy has a nasty tendency to abandon the run very early in the ball game if he’s down a score, even when the Bears are running the ball extremely well. As I’ve written about in the past, I truly believe that his prediliction to stop running comes from his inability to appropriately manage the clock (thanks again, Andy Reid!).

Ultimately, Justin Fields has the receivers, tight ends, running backs, and God-given talents to succeed in the NFL. What will make or break him, however, is if Matt Nagy can get out of his own way and let Justin “Soldier” Fields make plays.