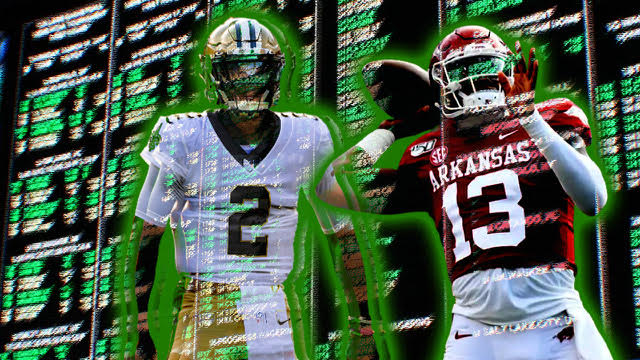 Gambling is hard. There’s a reason casinos continue to pop up, and that Las Vegas continues to grow. Most people, do not win in gambling. Well, I try to not be one of those people. But last week my picks against the spread basically just broke even. We ended up going 3-2 in college football and ended up going 2-3 again in the NFL. So we are back at it. It’s been a rough few weeks in the NFL but in college we seem to have a good grasp on our picks. And today we got my co-host of PodThat Sami Jarjour on the podcast to give out his NFL picks against the spread too. This week is the reason I call this Free Money Five’s (I hope so). We got 5 picks in college and 5 picks in the NFL against the spread. So let’s continue our road to 56%. Here are some of my best picks for college football and the NFL against the spread.

Vanderbilt continues to be the joke of the SEC. And Georgia? Well, they seem to be rolling and I think they blow the worst team in the SEC.

Game of the year thus far for Notre Dame I think will be able to keep it close and I think they will able to get the road upset .

Oklahoma has struggled thus far this year. And West Virginia will be looking for the upset.

Man the SEC continues to give us great matchups. But I think Arkansas will get the upset and KJ Jefferson name will begin appearing on the national stage.

The Saints have a stellar run defense which is going to force Mac Jones to throw the ball. And the formula for the Patriots and Mac Jones is not to be too heavily dependent on Jones throwing the ball to win. Saints win this game.

Look, this is one of those not so pretty bets. This bet hurts to make. But just do it. And hold on for dear life.

When the 49ers have hosted the Packers with Jimmy G at quarterback they have scored exactly 37 points on both those occasions. Let’s see if they can do it again.

I still don’t believe the Broncos offensively are good enough to be double digits favorites against any one.