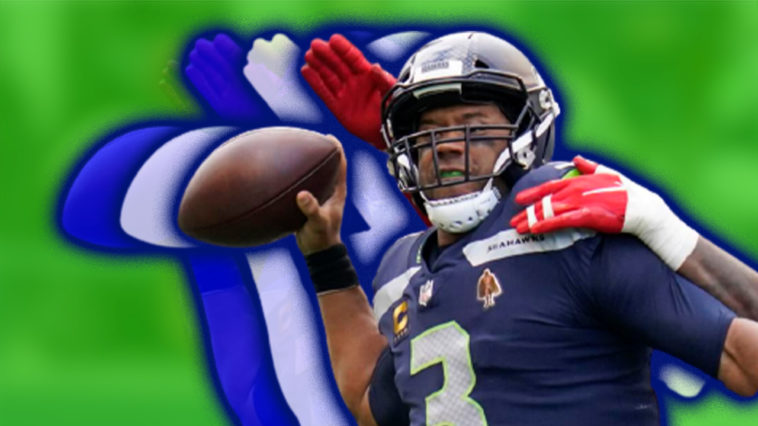 Crazy enough, the Seattle Seahawks lost their home opener, in a very similar fashion as the last time they lost one…. The Seahawks blew a 15-point lead, and lost 33-30 in overtime… Well back in 2008, our last opener loss, we blew a 14-point lead to the 49ers in a 33-30 overtime loss…. Now thats weirdly WAY too similar.

Russell Wilson threw over over 300 yards and two touchdowns on poor defensive coverages, but the offense was a mess in the 2nd half. Only 6 points scored and the running game was largely nonexistent.

On the latest episode of the Sports ON Tap Seattle podcast, George & Sami Jarjour discussed this loss, but also some optimism moving forward (youtube link at end of article):

Let’s recap some of the best and worst moments of the game despite the heartbreak we have over this Seattle Seahawks loss:

We are still unsure how Russell Wilson and Tyler Lockett have such PERFECT chemistry, but one again they had huge plays, every game it feels like we will get at least 1.

Tyler Lockett from Russell Wilson will last for 50 years. This connection is too good ? #Seahawks @SONTSeattle pic.twitter.com/ym06a96Ya7

Bobby Wagner Is The Best LB in The League:

Not only did we get some huge plays from Bobby Wagner, including the sack (below). He also broke the single game franchise record with 20 tackles. This man only gets better, every single year.

BOBBY. WAGNER. THE BEST LB IN THE LEAGUE. #SEAHAWKS GET THEIR BIG PLAY ? pic.twitter.com/QgnDnp6fMG

This Nick Bellore Hit Is Just Worth Watching:

The #Seahawks don’t have to play Derrick Henry every week and that’s at least a PLUS looking forward. Cause we can stop that man.