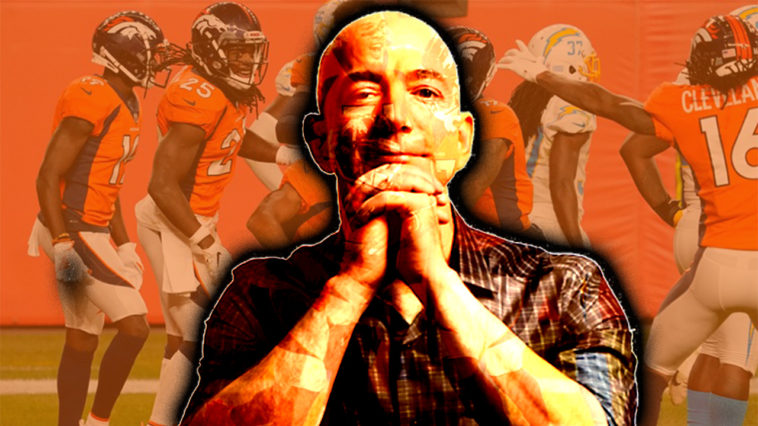 The Denver Broncos look like they will be for sale by 2022. After their former owner Pat Bowlen passed away the family will be looking to put the team for sale. And Amazon founder Jeff Bezos appears to be one of the front runners who could possibly be buying the team. With rapper and business mogul Jay-Z being the other name popping up. But with the asking price reportedly being $4 billion dollars, well, it would be more possible for Bezos to be the one to buy the team.

Jeff Bezos is rumored to be interested in buying the Denver Broncos, per @byajperez.

The team is currently valued at ~$4 billion, which is only about 2% of his net worth — or equal to the median American family spending less than $2,500.

Wow, so Jeff Bezos the world’s richest man could become a owner of an NFL team. This is interesting on many fronts. For one, Amazon could be purchasing NFL Sunday Ticket, so with Amazon owning major NFL TV rights it is interesting to think that the founder of Amazon could be a owner as well. Secondly, NFL team value’s are sky-rocketing due to gambling. With the United States allowing more betting, it’s not unfathomable to expect the Dallas Cowboys to be worth $10 billion dollars one day. Lastly, as a Seattle fan and Amazon being based in Seattle, I would love if Jeff Bezos would wait and become the owner of the future Seattle Supersonics. But in reality, Bezos has so much money he could do both.