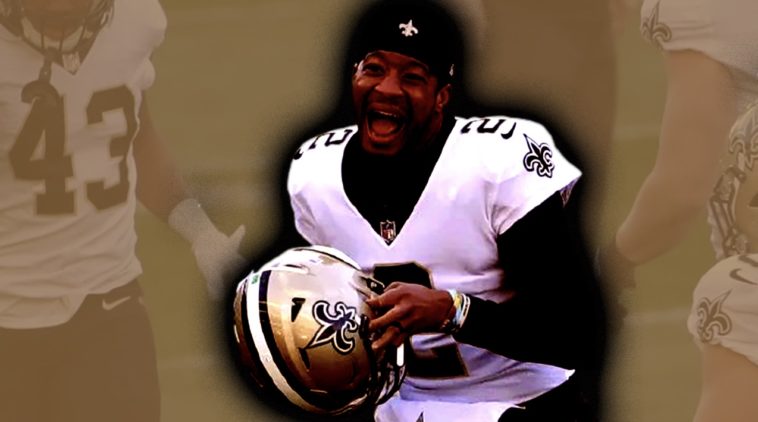 Week 1 NFL Sunday is officially in the books. The end of NFL Sunday is always bitter sweet. In a interesting way, I can literally watch 11293 hours straight of NFL football. But alas, week 1 is in the books and we have 17 more Sundays to go. Here are the 3 biggest story lines from week 1 NFL Sunday and to get a full recap of all the games listen to the Just Talk Podcast.

Jameis Winston absolutely shined in week 1. And if you listen to previous episodes of Just Talk Pod, we predicted that Jameis Winston would be eating a bunch of W’s this year. And boy did he eat a bunch of W’s. I jokingly put in a Jameis Winston for MVP bet at +5000 and man did he look like he was well on his way to cashing my bet. He threw for 5 touchdowns, 0 interceptions (he did get bailed out on one roughing the passer call), and he looked like he was poised and ready to lead the New Orleans Saints. Jamies Winston is the NFL leader in Touchdowns through week 1.

The Chiefs got outplayed for most of the afternoon against the Cleveland Browns and somehow found a way to win the game. Patrick Mahomes is now 11-0 in September and the Kansas City Chiefs still look like they are still the class of the AFC. They didn’t miss a beat. The Cleveland Browns showed they were for real, but the Chiefs are the class of the AFC until they are dethroned.