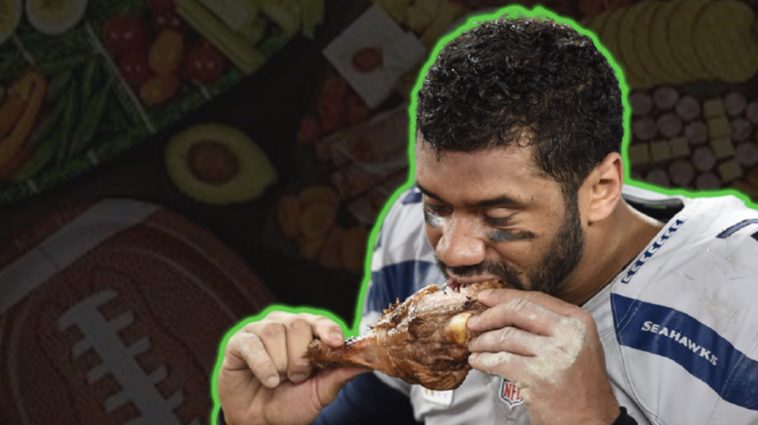 There might be nothing more American than watching football, drinking beer, and eating some good food. Some people like to switch up what they eat watching their favorite NFL team play and some have traditions that they will cook up each and every Sunday. For myself and my co-host of PodThat Sami Jarjour We like to eat all types of food during NFL Sunday.

But one thing we almost exclusively have to do during our favorite team the Seattle Seahawks play is making our Shisha or Hookah or whatever you prefer to call it. The flavor of choice? Well usually Lemon Mint. That’s what happens when you are from the Syrian culture. You smoke hookah. But let’s be honest. Most people aren’t Syrian. They got food choices they cook up every NFL Sunday. We read though a Reddit post that gave out of ton of food. But, here are our top 5 favorite foods for NFL Sunday.

Pigs in a Blanket

Wings were made for football. It’s messy, you can eat over a dozen and you can dip it into many sauces. Chicken Wings are an instant classic and they are sharable. And if there is one thing that makes a good football food, it’s being able to share it with multiple people.

Pizza wasn’t just made for sports viewing. It’s the most sharable food. It’s easy to order, it’s easy to find. And I once saw a bumper sticker that stuck with me: “Pizza is like sex, if it’s good its great. If it’s bad it’s still pretty good”. And that might be the most honest and true statement I have ever heard. Pizza is absolute must.

Sure it’s not a food. But It’s a staple. You need good beer, you need good liquor. I rather not get too sauced up on a Sunday but I want to have some fun and get a little tipsy especially if the game is a little stressful. You can tend to knock down a few more beers than Vodka Soda’s. But I am a Vodka Soda type of guy.

I know, burgers aren’t quite sharable. Unless, you are talking burger sliders. But there is nothing quite as tasty as a well made burger with some French Fries. So if you have a good buger and good fries during your NFL Sunday you are winning.