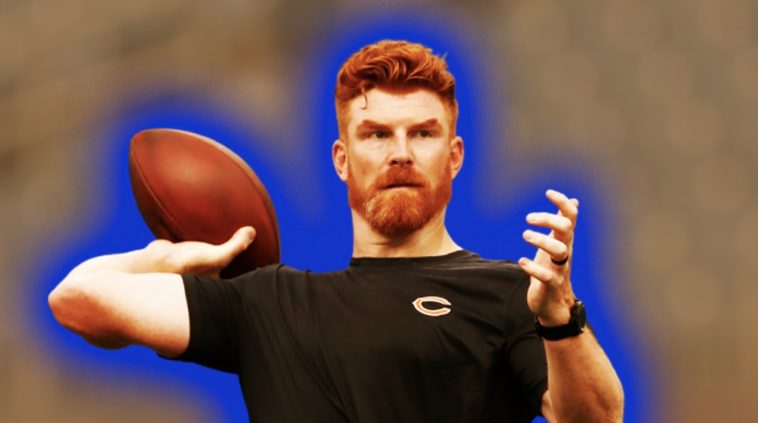 Being a high level team in the National Football League usually means you have a high level quarterback. It goes hand and hand. Sure, sometimes teams get lucky and they end up having a mid-level or even bad quarterback and somehow they find success. But 99% of the time that’s not the base. Teams are willing to do ANYTHING to find that next high-level quarterback that can be the backbone of their team for years to come. So on PodThat we decided to take a look at the absolute worst quarterbacks in the league on a week to week basis and decide who are the Three Stooges of NFL Quarterbacks. So entering week 1 of the NFL season here are our Three Stooges we put on our podcast: The Three Worst Quarterbacks in the NFL.

We ranked our 3 worst starting QBs in the NFL on the latest podcast. @GeorgeOnTap & @SamiOnTap had some disagreements but came up with these 3:

In a way you have to feel bad for Tyrod Taylor. The guy has gotten the raw end of the stick in his career. He was in Buffalo, they drafted Josh Allen to replace him. He goes to Cleveland where he started just a few games before being replaced by Baker Mayfield. Then all of the sudden he finds him self in Los Angeles playing for the Chargers and the team doctor punctures his lungs while giving him a pain killer and then all the sudden Justin Herbert has the job. And now he signs to be the back up for Houston Texans and he’s thrusted into the starting position after Deshaun Watson’s legal saga continues. Sorry Tyrod you are one of the three stooges.

Andy Dalton is the started for what I believe is a very short time. To be fair Matt Nagy probably didn’t want to start Justin Fields against the Rams defense in week 1. So Andy Dalton will get to take the majority of the hits by Aaron Donald and company and look bad doing it. Poor Andy Dalton, he went to be battering ram in Dallas last year to being a placeholder in Chicago for the Chicago Bears. Sorry Andy you are one of the three stooges.

Sorry, if you wear two gloves as a quarterback I have to throw you in here. Ok, that’s now why Denver Broncos starting quarterback Teddy Bridgewater takes one of the places as one of the worst Quarterbacks in the NFL. He slightly edged out Sam Darnold for this spot. And frankly the reason why is the Carolina Panthers decided to move off Teddy for Sam so that has to mean something. Sorry Teddy you are one of the three stooges.