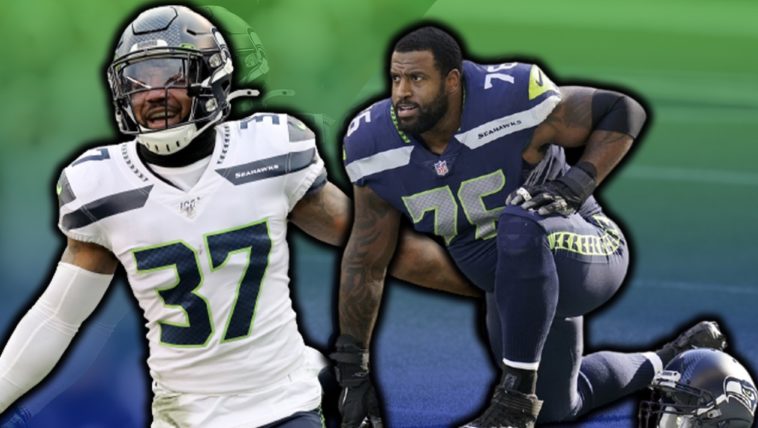 Duane Brown has been a key member of the Seattle Seahawks, and truthfully a key to the happiness of Russell Wilson. Brown was acquired by the Seahawks in a trade with Houston in Oct., 2017 after holding out six games with the Texans. He then signed a three-year extension with Seattle prior to the 2018 season that carried him through the 2021 season with $16 million guaranteed and worth up to $34.5 million overall.

The time has come where Brown was ready for a new contract, or a way to protect himself from injury this coming season. There was some scare that he might not be on the field Week 1 for the Seahawks, but thankfully they figured it out today.

Duane Brown and the Seahawks have agreed to a reworked final year of his deal that pays a $7 million signing bonus and $4 million in salary. Brown also received an injury protection benefit for 2022 and still can make up to $500,000 in incentives this season that are tied to playing time and the Pro Bowl, a source told Schefter. With another game check for the 17th game, Brown can make up to $12.1 million in 2021.

We must not forget Brown is 36 years old, and thats why the Seahawks have struggled to just go ahead and extend him long term. Thankfully though, he sealed that deal today to keep him for this season at least.

Russ and Duane Brown has an awesome relationship. So glad the #Seahawks got this figured out! pic.twitter.com/0tZdSctUFl

Now there is one elephant left in the room, but thankfully he did show up to practice, Quandre Diggs. Diggs may not be holding out after all. A source tells Adam Jude of the Seattle Times that Diggs is merely staying away from the practice field as he works to finalize an insurance policy to protect him in case he should suffer an injury this year. Diggs himself has said that he will be on the field for the Seahawks’ regular season opener next week, if not sooner.

“As soon as this little business thing that I gotta do, as soon as it’s done — signed, sealed, delivered — I’ll be back at practice,” Diggs said. “But, I mean, I wouldn’t call it a ‘hold in.’ I would say I’m just getting some things cleared up and I’ll be back with my teammates pretty soon.”

Yet, the Seahawks need to make sure it all works out at the end, we do not want to lose the duo of Diggs and Adams in the long term. But for now, it’s one down and one to go. Thankfully it looks like they will BOTH be playing Week 1!

Follow the Sports ON Tap Seattle Podcast on Spotify or iTunes for a new episode every Monday when the season begins: