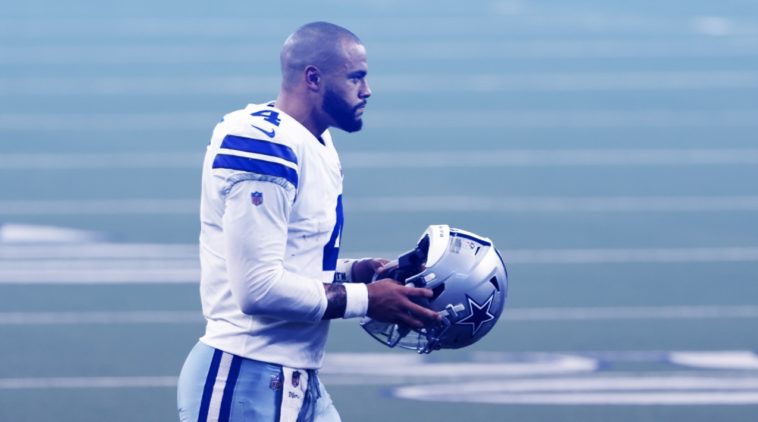 On today’s episode September 3rd episode of the Just Talk Pod with George Jarjour we have our 3 course menu but this time with only two entrees. For our two main courses we previewed the Cleveland Browns and Dallas Cowboys . For our Desert George gives  his Free Money play of the day brought to you by BetUs (use promo code “TheSportsOnTap” to get 125% bonus on your first deposit) which now is 3-4 in the month of August.

Cleveland Browns
-Most overhyped team scares me
-Love the head coach he won’t let them make noise Kevin Stefanski
-Let’s be careful here the Browns were OUTSCORED last season 419-408 for a -11
-Strong Offense
-Poor defense
-Tricky schedule
– Just want to say remember Freddie Kitchens?
-Mayfield will need a lot of bootlegs and the offensive line should keep him comfortable
-Mayfield is closer to the 15th best QB than the 5th best QB but is improving
-Best one/two punch at RB in NFL
– OBJ is back and Mayfield hasn’t been good with OBJ this will be interesting to see
REcord: 10-7

?: Will Dak Prescott Return Healthy
?: Will Baker Mayfield and the Browns live up to hype?

Dallas Cowboys
-Hard Knocks team they seem boring which might be a good thing
-Throw away last season for Mike McCarthy no Dak and COVID
-Dak shoulder is concerning though
-Dak’s deal is backloaded so roster is still very very loaded
– Tantalizing WR core in Cooper, Lamb, and Michael Gallup
-Very good offensive Line (not so dominant anymore)
-Mike McCarthy I don’t like but he has won a Super Bowl (still I don’t like him and don’t think he’s that great and he held Rodgers back from winning more SBs)
-IF anything holds this team back it is the head coach
-The return of a good Zeke?
– Dan Quinn defense
-The defense is ok at best the secondary needs help but luckily the play in a division with QBs of Fitzpatrick, Hurts and Daniel Jones
Record:11-6