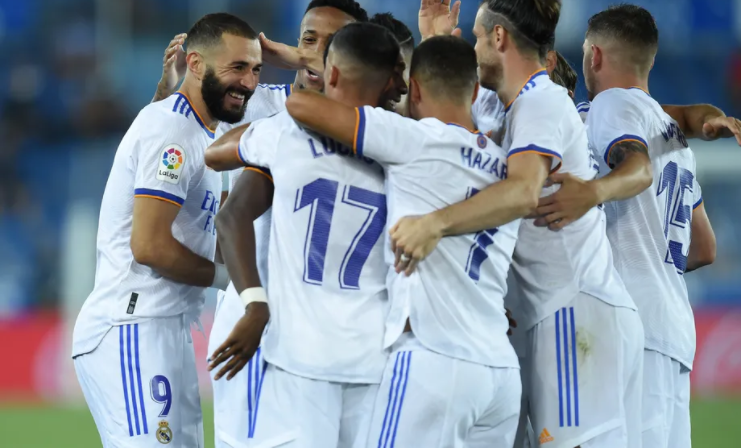 La Liga is back baby. Los Blancos started the year off right with a 4-1 victory versus Alaves.

There is a positive vibe surrounding this group that feels as foreign and unknown as does winning
anything does to Arsenal. I feel very good about our current squad, our depth, and our manager.
Manager “Monte Carlo” Ancelotti has a warm demeanor and is known for his ability to bond with players and bring together teams. Madrid fans should feel good about where this club is at, and where it is headed (new stadium coming soon!!).

With so many National competitions this summer, it feels like football never really left. The hectic
schedule also meant short breaks for some of Madrid’s most important players… one of many factors I was watching heading into this game.

Alaves finished a few spots ahead of relegation last season but played some of their best football in the latter stages. They looked compact in the first half and had 1 good scoring opportunity. Madrid looked good but never truly threatened on goal. Alaves crumbled later on and Madrid showed their
quality with fantastic goals from Benzema (2), Nacho, and Vini.

The team rolled, but you can tell that they still have room to improve. I thought Bale and Hazard played great and will continue to get even better. Alaba looks like the world class pro that we expected. Lucas’ return was welcome, as was Valverde’s return to preinjury form. Benzema (aka the dirty Frenchman) is the best player in Spain, no debate por favor. I will excuse Militao’s mistake, but he looks a tad under-confident and that needs to improve.

Overall, it was wonderful to see Madrid playing well and to have football back with fans. Hala Madrid!

Let me know what you think on twitter by following @madrid_tap